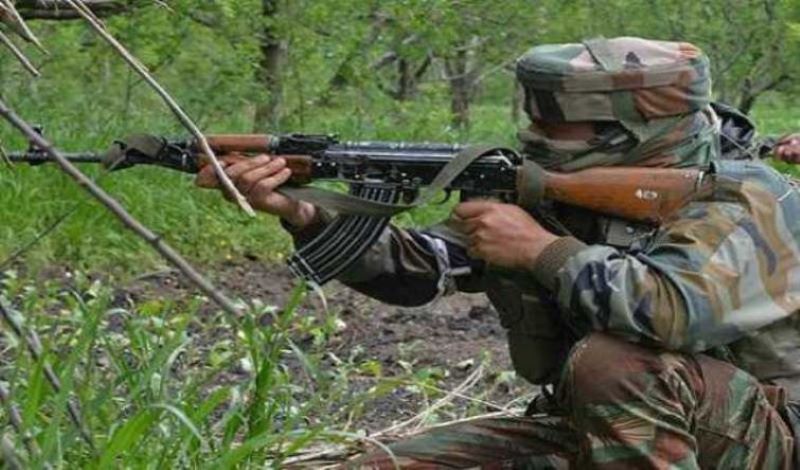 Srinagar/UNI: Three local militants were killed and a Central Reserve Police Force (CRPF) officer was injured in an encounter in Jammu and Kashmir summer capital, Srinagar on Thursday.

A woman also lost her life in the encounter which began during a Cordon and Search Operation (CASO).

Director General of Police (DGP) Dilbagh Singh told a press conference here that following a tip-off about presence of militants, the Special Operation Group (SOG) of Jammu and Kashmir police and CRPF launched a joint CASO at 3 am at Batamaloo area of the city.

Batmaloo is little over a km from the Civil Secretariat, seat of the government, including the office of Lt Governor, his advisors and top bureaucrats and Police Control Room (PCR).

All exit points were sealed and with the first light this morning, when security forces were moving towards the target house, they came under fire from militants. Security forces also retaliated ensuing in an encounter, he said, adding that a Deputy Commandant of CRPF, who was leading Quick Action Team (QAT) and a woman were injured.

The CRPF officer was admitted to 92 Base hospital while the woman was rushed to civil hospital, Singh said. Unfortunately the woman identified as Kousar Reyaz succumbed.

Later, all the three militants, who were locals from south Kashmir, and had come to Srinagar to hide, were killed. He said a large cache of arms and ammunition were recovered from the slain militants.

The bodies will not be handed over to the families and will be buried.

However, the body of the woman will be handed over to her relatives for last rites since she had nothing to do with militancy.

Singh said militants from other parts of the valley, particularly south, are coming to the city to take shelter.

They are taking shelter here and later making plans how to target security forces in other parts of the valley, including Srinagar. But, he said, we are keeping a constant vigil to target militants when they arrive in Srinagar.

He said during this year there were seven successful operations in which 16 militants, including Hizbul Mujahideen (HM) and commanders of other outfits, were killed.

Singh said out of these militants, only five were residents of Srinagar while 11 others were from different parts of the valley.

"Normally we initiate action against militants," he said, adding "but sometimes militants too attack. This year militants killed two policemen at Nowgam, two BSF jawan at Pandach and attacked a naka party at Pantha Chowk. We lost a good officer of SOG but killed three militants after the Pantha Chowk attack," he said.

He assured that militants will not be allowed to disturb peace in the city for which every step will be taken.

Singh prayed for the early recovery of the CRPF officer and described the death of the woman in the encounter as very unfortunate.