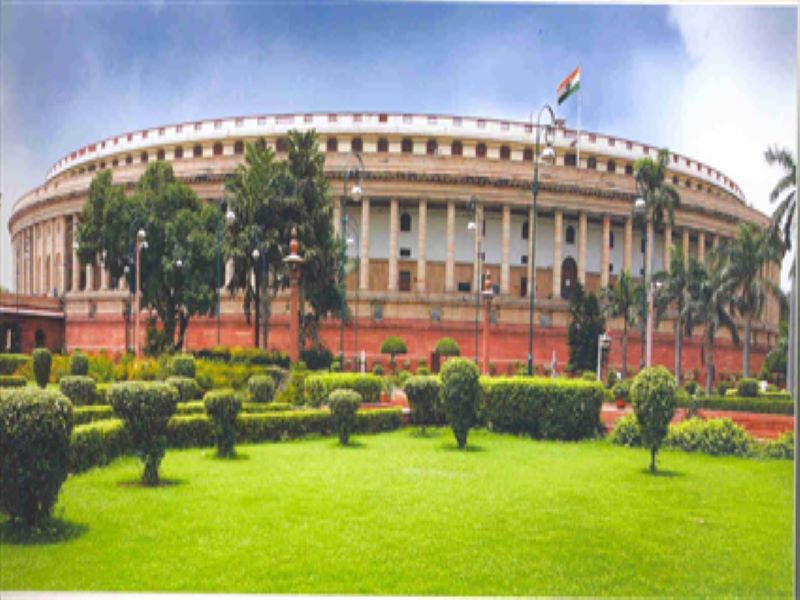 Tata Projects and Larsen & Toubro Limited, both based in Mumbai, submitted financial bids on Wednesday after qualifying in the technical round for the tender.

According to an HT report, Tata Projects Ltd has quoted a figure of Rs 861.90 crore while Larsen and Toubro Ltd quoted Rs 865 crore for constructing the new Parliament complex.

The Central Public Works Department (CPWD) had estimated a cost of Rs 889 crore for the new building which will come up at a green area of 9.5 acres adjacent to the existing structure, the report added.

“Only three parties had technically pre-qualified in the first round and only two have quoted their bids today. The firm that bags the contract will be issued a letter of award within a few days,” a senior government official said requesting anonymity, reported HT.

The lowest bidder is likely to be awarded the project, the official said, the report added.

It is only after receiving the letter of award for the project, in case of infrastructure projects, the firm is finalised.

According to the Hindustan Times report, Mumbai-based construction and civil engineering company ITD Cementation India Limited, Hyderabad-headquartered NCC Limited, PSP Projects Limited of Ahmedabad, and Uttar Pradesh state government’s UP Rajkiya Nirman Nigam Limited were disqualified from the project by the Central Public Works Department (CPWD)  as they failed to meet the criteria mentioned in the bid document among other reasons.

The prospective bidders should have constructed an assembly hall with a minimum capacity of 1,000 people and a building with a basement. Further, their ongoing projects, average monthly turnover, and net worth, among other factors were also examined for suitability, reported HT.

The bid document stipulated the project completion period to 21 months and specified that 50 per cent of the workers will need to be skilled for work of stone masonry, carving, fresco, furniture, and health and safety measures according to Central government protocols would need to be taken in view of the prevailing Covid-19 pandemic, the HT report stated.

The construction work for the new Parliament building is likely to commence after the monsoon session, it said.

The new building with a ground plus two-storey triangular-shaped building will have the national emblem atop instead of a spire that was meant to come up in an earlier version, the report informed.

Why a new Parliament building has been necessitated?

In July last, the CPWD informed the Supreme Court in an affidavit that there is a shortfall of about 0.38 million square metres in office space, for which the government has to spend Rs 1,000 crore annually on rent.

The old building cannot be upgraded to meet safety measures for earthquake, fire, is not energy efficient, and has ineffective acoustics.

It also said the air-conditioning and plumbing, electrical systems are also inadequate, inefficient and costly to maintain and operate.

According to the affidavit, the Parliament seats are likely to increase significantly after 2026. The Lok Sabha has 545 seats due to the delimitation exercise carried out on the basis of the 1971 census.

It further said during a joint session of Rajya Sabha and Lok Sabha leaves the place cramped and evacuation in case of an emergency situation can pose a major challenge, the CPWD submitted.