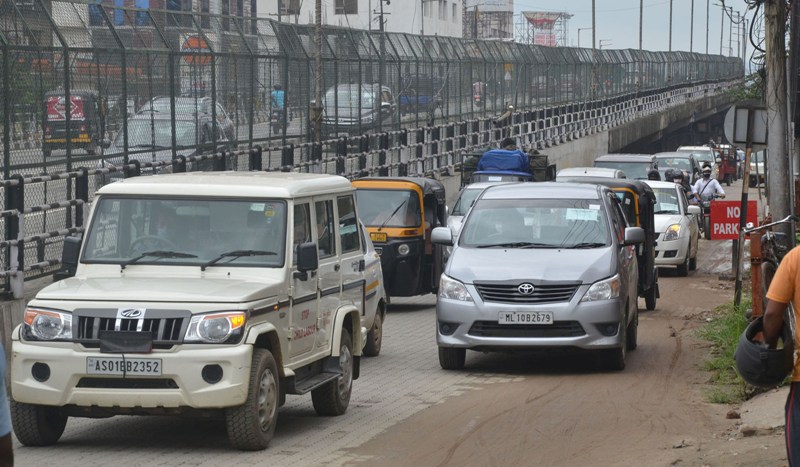 Restrictions imposed in Assam ahead of Mahalaya, Vishwakarma Puja

Guwahati/UNI: In view of Vishwakarma Puja and Mahalaya on Thursday, which sets the stage for the Durga Puja festivities in Assam, strict regulations and guidelines have been issued by district administrations to ensure that the festive spirit does not override the COVID 19 safety protocols.

The Kamrup (metro) district, which has been recording the highest number of COVID-19 cases as well as casualties, will be observing Vishwakarma Puja without the grandeur and mass gatherings associated with it.

The district administration, in order, has banned construction of pandals in public places and gathering of more than 15 people at a time at any Puja-offering places.

It has asked puja organisers to avoid serving cooked food as prasad and not use any special lighting or sound system as it could attract public gathering.

No procession of immersion of idols or cultural programmes will be allowed, the Kamrup (M) district administration has stressed.

In Cachar district, security has been beefed up in headquarter town Silchar and other parts of the district.

The administration has deputed Executive Magistrates to look after specific areas.

The Hailakandi district administration has imposed certain restrictions as precautionary and preventive measures.

An order stated that movement of more than a group of three persons on Mahalaya morning is strictly prohibited.

Assembling of people at any place will not be allowed. However, people can move on the roads in small groups comprising maximum three persons.

Wearing of masks and maintaining physical distancing have been made mandatory on the ensuing festivities.

Vishwakarma Puja shall be celebrated with a maximum 15 number of persons and congregation at any place will not be allowed.

Distribution of wet food (prasad) is not allowed by any puja committee. However, packed prasad (dry food only) are permitted.

No decoration of pandals, lighting and roadside stalls will be permitted, the order stated.

"Violation of this order will attract punitive action under relevant sections of Disaster Management Act, 2005 and IPC," the order warned.