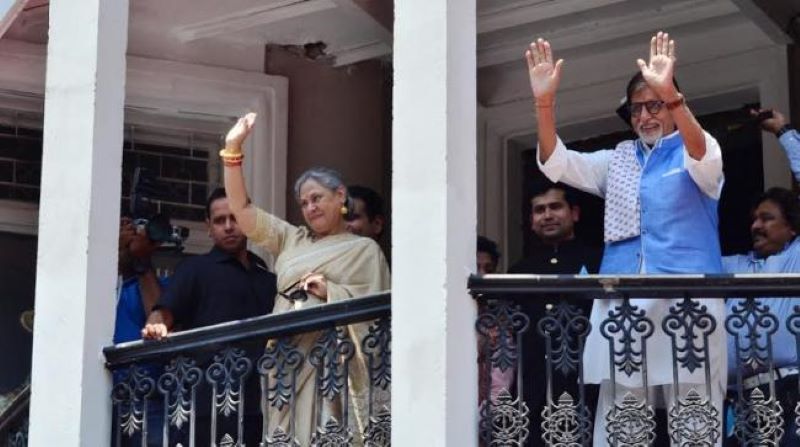 Mumbai/IBNS: Bollywood legend Amitabh Bachchan and his actress-politician wife Jaya Bachchan got an additional security from Mumbai Police outside their home after the Samajwadi Party (SP) MP gave a fiery speech on an alleged attempt to tarnish the image of Hindi film industry a day ago in Parliament.

Mumbai Police have provided an additional security to Bachchan's bungalow in Juhu here.

The security has been provided as a precautionary measure after Jaya Bachchan was trolled on social media over her speech.

"I was ashamed yesterday that one of the members in the Lok Sabha, who is from the industry itself, spoke ill of the industry. Jis thali mein khate hain usi me chched karte hain (Bite the hand that feeds you)," she added.

While support grew for Jaya Bachchan on social media, #JayaBachchanShamelessLady too is trending on micro-blogging site Twitter.