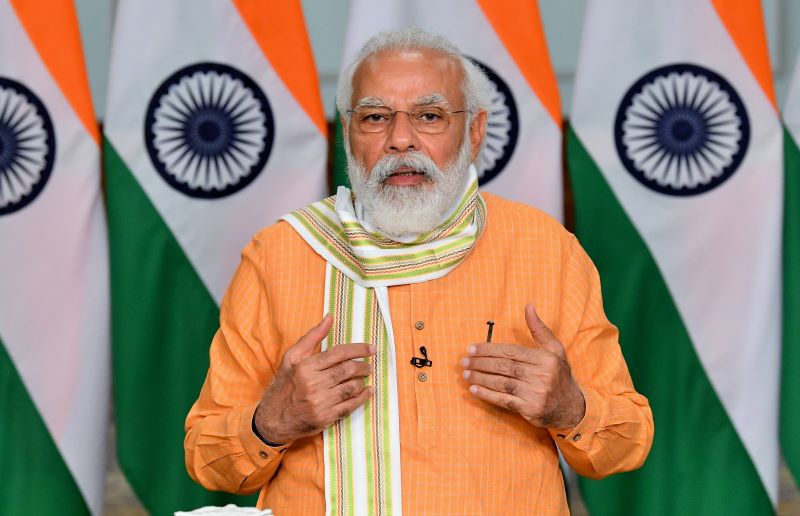 New Delhi/IBNS: Congress and Trinamool Congress, the two largest opposition parties in the country, on Wednesday attempted to corner the Narendra Modi government over its handling of the Covid-19 pandemic in Parliament's upper house, Rajya Sabha.

Congress Rajya Sabha MP Anand Sharma, who was the first one to speak on the matter, accused the government of calling an unplanned lockdown resulting in difficulties for common people.

"Were we ready for the lockdown? The states must have been consulted before the lockdown was called so that the local administrations were ready. The Home Ministry should have held conferences with the Chief Secretaries of various states over the lockdown."

Sharma slammed the central government for saying there would be no compensation for the dead migrant workers as it has no record of it.

"It is the most unfortunate thing to happen in the country. Why does the government not have the record of people who died? All states do have," the Congress leader said.

Triggering massive criticism, the Union Labour Ministry on Monday issued a statement that the government had no data on the deaths of migrant workers.

"No such data is maintained. Question does not arise in view of the above," Union Labour Minister Santosh Kumar Gangwar said as quoted by the media in a written response to a question asking whether any compensation has been provided to the deceased's families.

"This government needs the humility to work together with states. The government does not know it at all. Unless there is no humility, we can't go forward." he added.

Prioritising people's lives over the economy, which has been battered in the last few months, Prime Minister Narendra Modi had called an unprecedented lockdown from Mar 24 midnight to stem the spread of Covid-19.

Due to the lockdown, a huge number of migrant workers had taken to their feet in a bid to return to their home states.

As per media reports, several migrant workers had died on road with a few of them meeting with accidents while walking back to their homes.