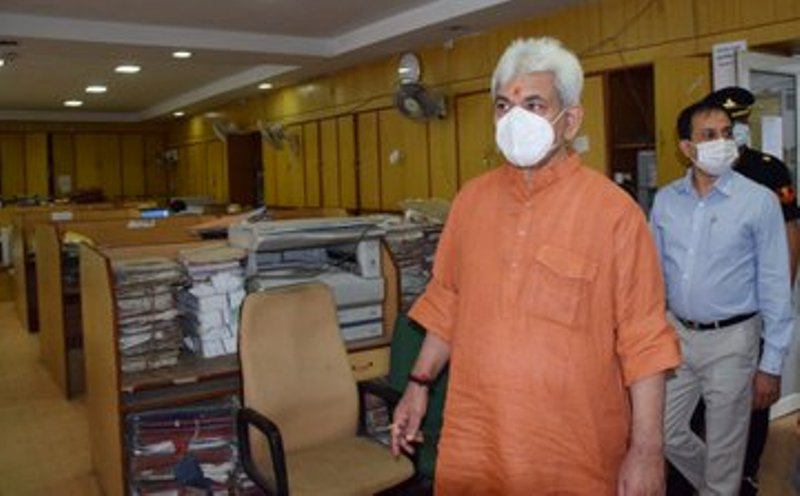 Srinagar/UNI: Assuring justice will be done in Shopian encounter in which Army claimed to have killed three unidentified militants, Lt Governor Manoj Sinha said two separate investigations by administration and Army are going on.

“ I assure that justice will be done,” Sinha said in reply to a question at a press conference at Raj Bhavan Monday afternoon.

Army has ordered an inquiry and recorded statements of eyewitnesses while police collected DNA of the relatives of three youths to match with the DNA of three militants killed in the encounter.

Former Jammu and Kashmir Chief Minister Omar Abdullah has recently expressed concerns at the alleged inordinate delay in the results of the DNA test, which could prove whether the deceased were their relatives or unidentified militants.

The Army had claimed that three unidentified militants were killed in an encounter in Shopian on July 18.

Police said the bodies could not be identified and they were buried in the presence of the Magistrate, after conducting a post-mortem examination and taking the DNA samples.

However, three families from Rajouri had filed a report in police station Peeru Rajouri that three youths, who had gone to Shopian on July 17, were missing. They (youth) had informed their families that they have reached Shopian before their disappearance on the same day (July 17). They alleged that there was encounter in the same area late in the night. All the mainstream political parties have demanded a high-level probe into the encounter.

Later, a police team, headed by a senior officer, rushed from Shopian to Rajouri and collected DNA samples of the members of families on August 13, who claimed that the deceased were their relatives. However, DNA tests have not been received so far and the families have now appealed to Lt Governor Manoj Sinha to intervene in the matter.

Abdullah, who is also the Vice President of the National Conference (NC), has expressed hope that the LG intervention will result in progress now.