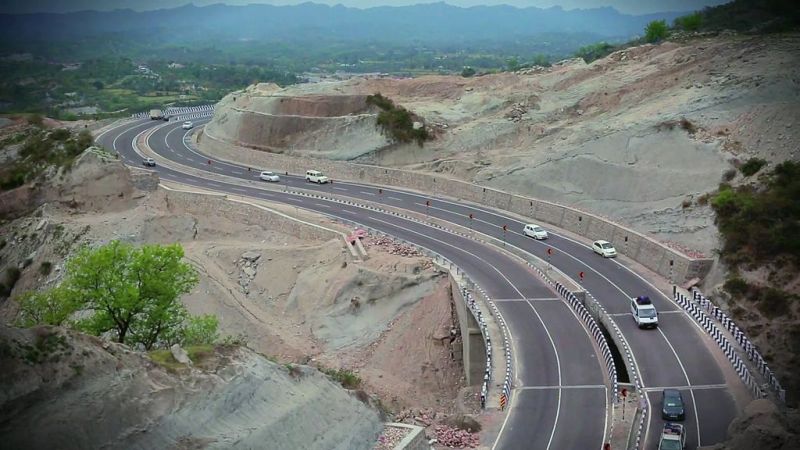 Various teams set up to speed up four-laning work on Jammu-Srinagar NH: Officials

The widening work on the 270-km highway, the only all-weather road linking Kashmir withrest of the country, started in 2011 and is likely to be completed by the end of next year aftermissing several deadlines.

District Development Commissioner, Ramban, Nazim Zai Khan constituted various teams of officers to remove all bottlenecks hindering the progress of construction work during ameeting which was among others attended by officers of revenue department and NationalHighway Authority of India (NHAI), the officials said.

Reviewing section wise progress on the four-laning of the highway, especially in the mostproblematic zones, especially Nashri-Banihal section, Khan discussed issues related to landacquisition, removal of structures and felling of trees in Right of Way (RoW) and shifting ofpower transmission towers in detail.

He expressed concern over delay in the process of shifting of towers and felling of treescausing unnecessary hindrances in smooth progress of work.

With regard to progress on additional land acquisition cases process, the DDC asked collectorland to expedite the process so that the land falling in the alignment of the project is handedover to NHAI at the earliest to undertake construction works.

Khan also instructed the NHAI and the construction agencies associated with the highwayfour-laning project to ensure maintenance of the existing road to avoid traffic disruption.

He asked those concerned to take all measures to keep the road traffic-worthy, the officials said.

The district development commissioner also directed the agencies to adhere to the guidelinesof the National Green Tribunal and conditions of the contract agreement to avoid criminalproceedings.

Agencies were also directed to enhance water sprinkling on the road to minimise the dustbesides dumping the muck at only identified dumping yards, the officials said.