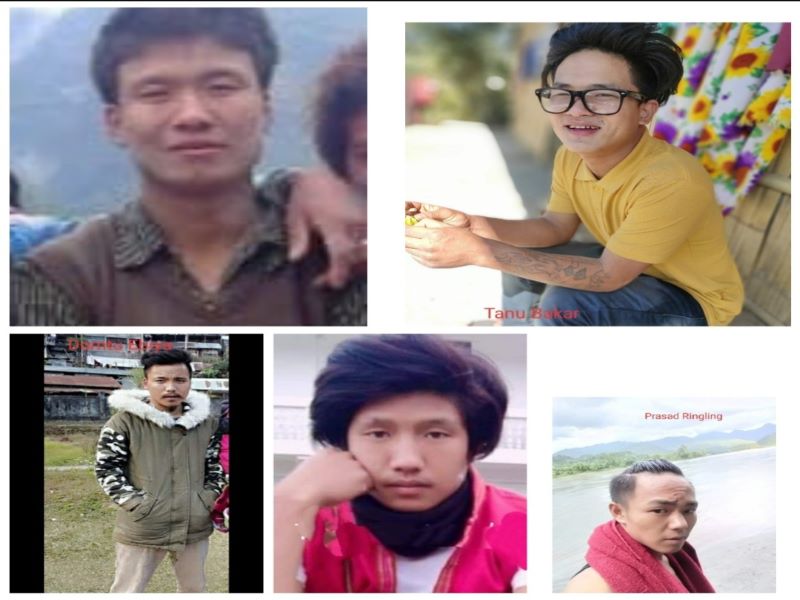 Itanagar/IBNS:Five men from Arunachal Pradesh, who went missing from the areas bordering with China, were handed over to India earlier today by China’s People’s Liberation Army or PLA, the Indian Army said in a statement.

Yesterday, Union minister Kiren Rijiju had confirmed the return of the five men in a tweet.

"The Chinese PLA has confirmed to Indian Army to hand over the youths from Arunachal Pradesh to our side. The handing over is likely to take place anytime tomorrow i.e. 12th September 2020 at a designated location," he had written.

According to a social media post by a relative of one of the missing men, the persons who had gone missing are Tanu Bakar, Prasat Ringling, Ngaru Diri, Dongtu Ebiya and Toch Singkam.

“Arunachal Pradesh is known for its rich natural heritage and adventurous people fond of exploring the nature for medicinal herbs and possessing traditional flair for hunting which involves surviving off the land for weeks in jungles and far flung remote areas. During such adventurous forays, at times youth have inadvertently strayed to other side of LAC,” the Indian Army said, elaborating how the five men had strayed away and entered the Chinese territory.

The army said three such incidents had taken place in the current year in Upper Subansiri and West Siang District including the latest one, and in all the cases “all such individuals were brought back home safely after consistent efforts and coordination by Indian Army in the past”.

In the latest case, five individuals from Upper Subansiri District in Arunachal Pradesh had also inadvertently strayed across LAC recently.

Indian Army approached PLA on hotline to trace and return them, the army said.

“On 8 September, response on the hotline confirmed that the missing individuals had been traced. Indian Army took over all five individuals at Kibitu on Saturday (12 Sep) after completing all the formalities,” the statement by Indian Army added.

The five men will now be quarantined for 14 days as per COVID-19 protocol and will thereafter be handed over to their family members.