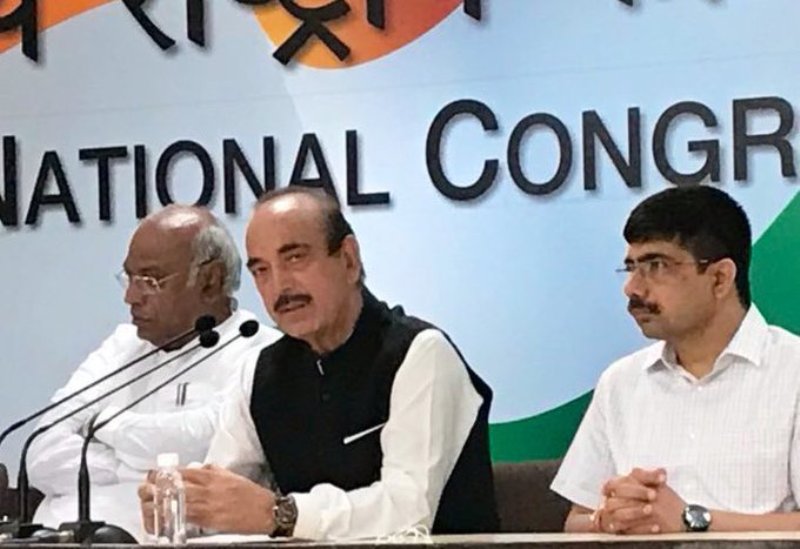 New Delhi/IBNS: Congress veteran Ghulam Nabi Azad has been dropped as a general secretary in a major 'reconstitution' process in the party though he remains a part of the Congress Working Committee (CWC), the top-decision making panel.

He was one the most prominent among the "dissent" letter writers who questioned the leadership of the Gandhis in maintaining the 134-year-old party's legacy.

According to media speculations, Azad has lost his post in a major shake-up seen to promote Rahul Gandhi's squad.

In this major shuffle by Congress President Sonia Gandhi, Motilal Vora, Ambika Soni and Mallikarjun Kharge have also been removed as general secretaries of the All India Congress Committee (AICC).

The Congress Working Committee (CWC) has been reconstituted with P Chidambaram, Tariq Anwar, Randeep Surjewala and Jitendra Singh among other members.

Randeep Singh Surjewala, a Rahul Gandhi loyalist, has been named general secretary in charge of Karnataka, a member of the special committee to oversee organizational changes and will continue as chief spokesperson.

Ahead of the CWC meeting on Aug 24, 23 Congress leaders had signed in the letter calling for sweeping organisational changes and "full-time, visible leadership" ahead of the Congress Working Committee (CWC) meeting on Monday.

The letter also suggested that the Gandhi family would always be a part of collective decision-making.

However, at the CWC meeting, it was decided that the helm of the party's leadership will remain with Sonia Gandhi for now.

In its resolution, the party had set a six-month time-frame for a session of the All India Congress Committee to launch the search for a new chief, as asked by Sonia Gandhi.