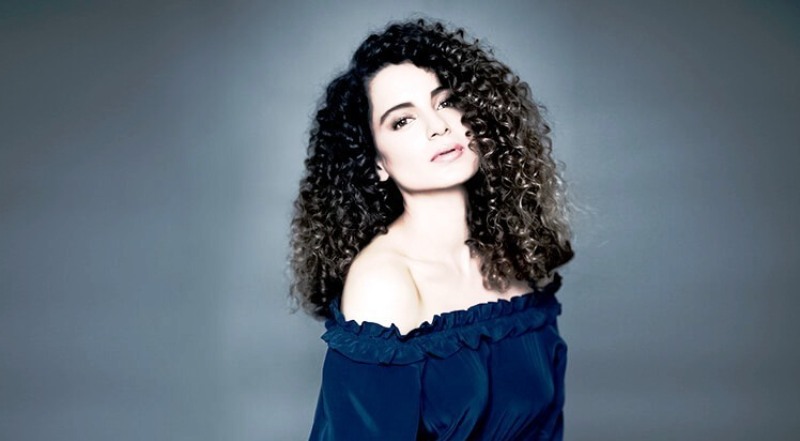 Mumbai/IBNS: Actress Kangana Ranaut will now face drug probe ordered by the Maharashtra Government amid the ongoing tussle between her and the ruling Shiv Sena.

The investigation by the Mumbai Police started two days after her Pali Hill office was partly demolished by the Brihanmumbai Municipal Corporation (BMC) over alleged illegal alterations.

The Mumbai Police launched a probe after it received the state Home Department's letter ordering an investigation into Kangana Ranaut's drug links based on an old interview of actor Adhyayan Suman.

Earlier, Maharashtra Home Minister Anil Deshmukh said that he had directed the Mumbai Police to investigate into the reports of alleged drug consumption by the ''Queen" actress.

Kangana had in response said that she will fully cooperate with the police and asked them to take her blood samples for dope test.

I am more than happy to oblige @MumbaiPolice @AnilDeshmukhNCP please do my drug tests investigate my call records if you find any links to drug peddlers ever I will accept my mistake and leave Mumbai forever, looking forward to meet you 🙂 https://t.co/gs3DwcIOvP

In an interview in 2016, Adhyayan Suman, who reportedly dated Kangana once, had alleged that she asked him to use drugs at a party in 2008.

However, the actor presently refused to comment anything on the issues.

He tweeted a video urging all to not drag his name in the case in connection with the 2016 interview.

"I had faced a lot of ridicule back then for speaking out on national television. I want to clarify that I don't have any relationship with Kangana Ranaut at present or don't wish to have any in future. However, our fight is the same that is justice for Sushant Singh Rajput," he had said in the video.

The 33-year-old actor said the demolition bid by the BMC was just a vendetta as she spoke over Sushant's death and the 'nexus between Shiv Sena and the Bollywood mafia'.

I had my office opening on 15th Jan, shortly after corona hit us, like most of us I haven’t worked ever since, don’t have money to renovate it, I will work from those ruins keep that office ravaged as a symbol of a woman’s will that dared to rise in this world #KanganaVsUddhav https://t.co/98VnFANVsu

The actress had even said that she no more feels safe in Mumbai and compared the city with Pakistan-occupied Kashmir (PoK).

Targeting Maharashtra Chief Minister in her one-minute-and-eight-second video, Kangana, who flew back from Himachal Pradesh to Mumbai, said: "Uddhav Thackeray, do you think that you have committed an act of huge revenge from me by demolishing my home with the connivance of movie mafia?"

"Today, my home has been demolished. Tomorrow your pride will meet the same fate," she said, attacking the Shiv Sena leader.

"This is the wheel of time. Remember, time does not remain the same and it keeps on changing,” she said.