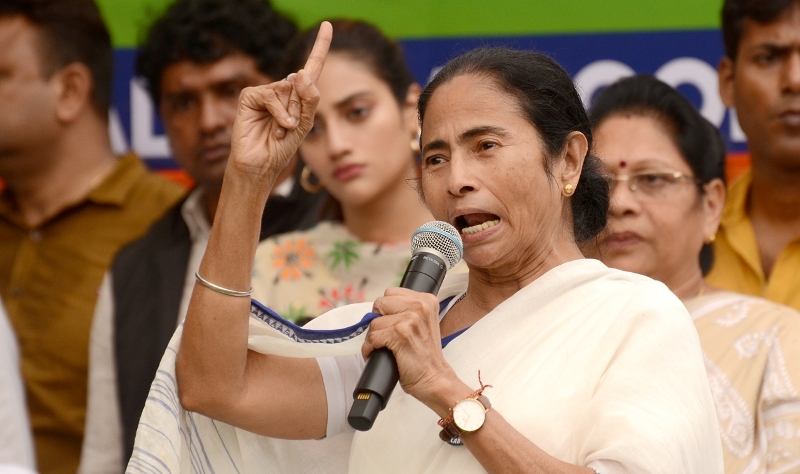 Will do 100 sit-ups if one can prove West Bengal government said no to Durga Puja: Mamata Banerjee

Kolkata/IBNS: Lashing out at the IT cell of Bharatiya Janata Party (BJP) without taking its name, West Bengal Chief Minister Mamata Banerjee on Tuesday said she would do 100 sit-ups in front of people if it can be proved that her government said no to Durga Puja, as claimed by a message circulated on WhatsApp.

"If one can prove that the West Bengal government said no to Durga Puja, I will do 100 sit-ups otherwise the culprit must do sit-ups in the public," Banerjee said.

"Durga Puja is still far away. The pandemic is not over yet. We didn't hold a single meeting on how Durga Puja will be conducted this year!" the CM added.

A message, which was circulating on WhatsApp in last few days, had claimed the state government will impose night curfew from 5 pm to 4 am in all days of Durga Puja besides restricting entry into a puja pandal to only five people.

However, the West Bengal Police on Tuesday rubbished the rumour and stated that the message was fake.

A rumour regarding Durga Puja is being spread through WhatsApp. No such decision has been taken. Please do not forward this message. It’s fake. Action is being taken#FakeNewsAlert pic.twitter.com/txQB4fghJi

Banerjee on Tuesday also trained her guns at state BJP president Dilip Ghosh who a few days ago threatened all police officers, who are allegedly working for the ruling Trinamool Congress (TMC), to teach a lesson and ensure their children are not being able to pursue studies in other states if the saffron party assumes power in 2021.

"How dare you? Touch any of the policemen if you can," an angry Mamata Banerjee said.

Ghosh at a rally had said, "The children of police officers, who have been admitted to colleges in other states with the illegal money, will not be able to pursue studies in other states. We will turn them into migrant labourers."