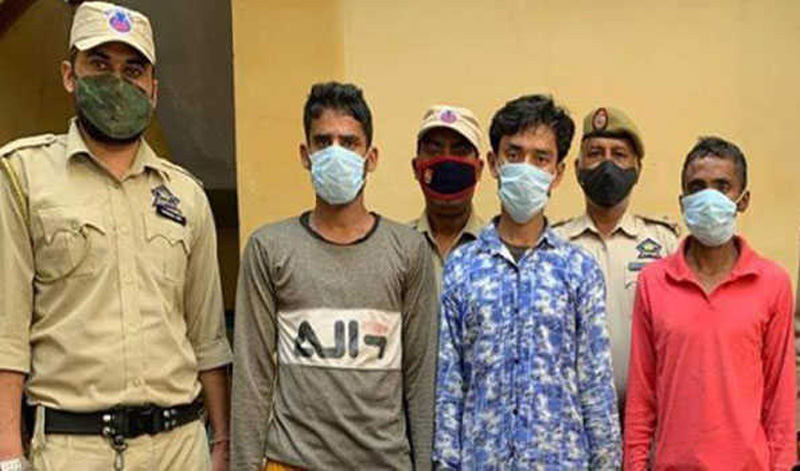 Jammu/UNI: In a major breakthrough, Jammu police on Tuesday claimed to have cracked the case regarding the attempt to break an ATM, after arresting three persons, including two Rohingyas and a renowned burglar known as "Babloo Chor" from Trikuta Nagar area here.

Police spokesman here said that a written complaint was lodged at Bahu Fort Police Station on September by one Rattan Lal of Jagti, Nagrota, who is a manager at Info System Ltd stating that during intervening night of Sept 2-3, some unknown burglars attempted to break open ICICI ATM installed near Baggar Mandi, Trikuta Nagar.

"A case was registered and investigation started. Police teams were constituted and after strenuous efforts, the team led by Station House Officer, Deepak Pathania, apprehended the accused persons," said the spokesman.

"On questioning, suspects confessed to their crime and the police recovered items like modem, cutter with 14 metre wire, steel rod, hammer, knife and blades from their possession.

Police sources also said that both Noor ul Islam and Babloo have criminal records and were previously also found involved in narcotics and several cases of theft are registered against them at different police stations.