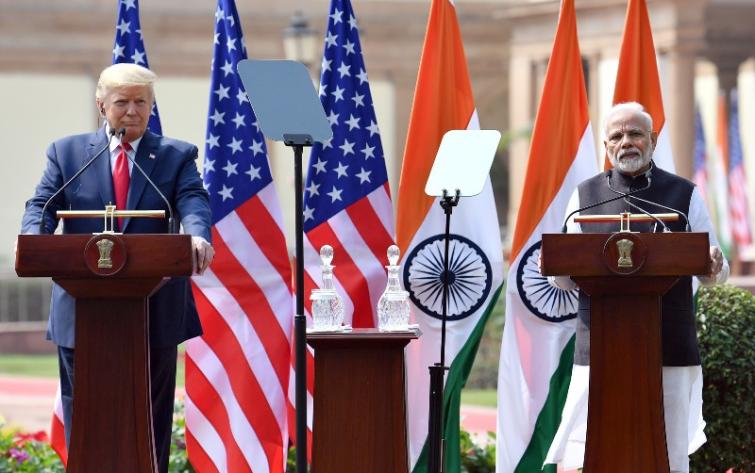 Washington: US President Donald Trump on Friday described the growing conflict between India and China at the border as a 'very nasty situation'.

Trump offered to help the countries resolve the conflict.

"China and India are going at it pretty good on the border as you know. It has been a very nasty situation and we stand ready to help with respect to China and India. If we can do anything, we would love to get involved and help and we are talking to both countries about that," he told reporters.

He called Indian PM Narendra Modi as a 'friend'.

"Prime Minister Modi is a friend of mine and he is doing a very good job, nothing easy," he said.

Relations between India and China have touched a new low in the recent past.

In the first deadly clash in a time span of over 40 years, at least 20 Indian personnel were martyred earlier this year.

Though China did not disclose the casualties on its side, unconfirmed reports claimed at least 45 Chinese personnel were killed in a befitting reply by the Indian soldiers.