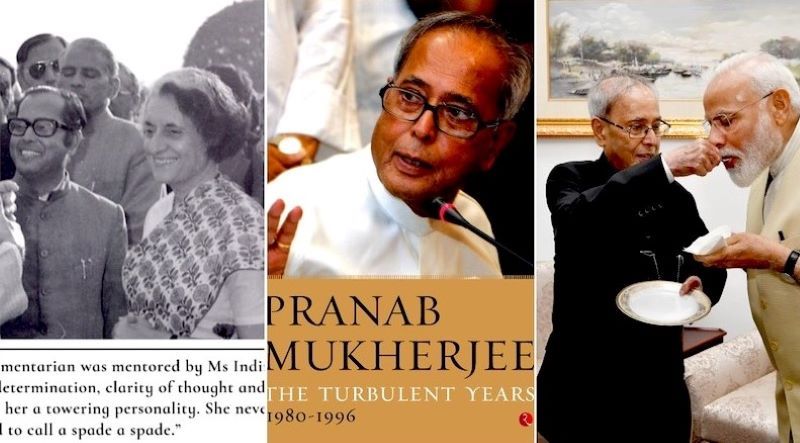 Pranab Mukherjee: A look back at the political life of India's accidental non-Prime Minister

Former President, Bharat Ratna recipient and Congress stalwart Pranab Mukherjee, who has been at the forefront of Indian politics for several decades, passed away at the age of 84 on Monday. India Blooms goes back in the time to know how Mukherjee became a confidante of Indira Gandhi, lost out to Rajiv Gandhi, and returned to a position of power again in Congress before his ascension to Presidency

Much different to the political mavericks in the country, Mukherjee's entry into politics was low-key in 1969 when he was given a Congress ticket to Rajya Sabha, the upper house of the Parliament, by then Prime Minister Indira Gandhi. But in a short span of time, Mukherjee became Gandhi's most trusted person and a minister in her cabinet.

Mukherjee's association with Gandhi can be summed up by the former President's discussion of Operation Bluestar at Amritsar's Golden Temple to eliminate the terrorists from the religious place.

In the second volume of his memoir, The Turbulent Years: 1980-96, Mukherjee wrote about Operation Bluestar when Indira Gandhi had told him, "Pranab, I know of the consequences." It was Mukherjee who was privy to the momentous decision of Indira Gandhi for an operation by Indian military in June 1984 to flush out militant Sikh leader Sant Jarnail Singh Bhindranwale and his followers from the buildings of the Harmandir Sahib (Golden Temple) complex in Amritsar.

However, despite being number two in the mighty Congress during the Indira Gandhi regime, his political aspirations succumbed to his party's trademark dynasty politics.

Indira Gandhi's son Rajiv Gandhi, who was nowhere in the Indian politics unlike his late brother Sanjay, made an unexpected entry, that too with the PM's post, leaving Mukherjee sidelined in the Congress.

But in his autobiography, Pranab Mukherjee said he did not want to be the Prime Minister.

He wrote: "..... it was decided that we should request Rajiv Gandhi to take over as the full-fledged Prime Minister to meet the challenge posed by this extraordinary situation. Somebody suggested that I formally make this request to Rajiv and work out the modalities to be followed. I took Rajiv to the rear of the aircraft and requested him to take over as Prime Minister. His immediate question to me was, 'Do you think I can manage?' 'Yes,' I told him, 'we are all there to help you. You will have everyone’s support.'”

On why he was dropped  from the Rajiv Gandhi Cabinet and expelled  from the party, he wrote "all I can say is that he [Rajiv Gandhi] made mistakes and so did I. He let others influence him and listened to their calumnies against me. I let my frustration overtake my patience." 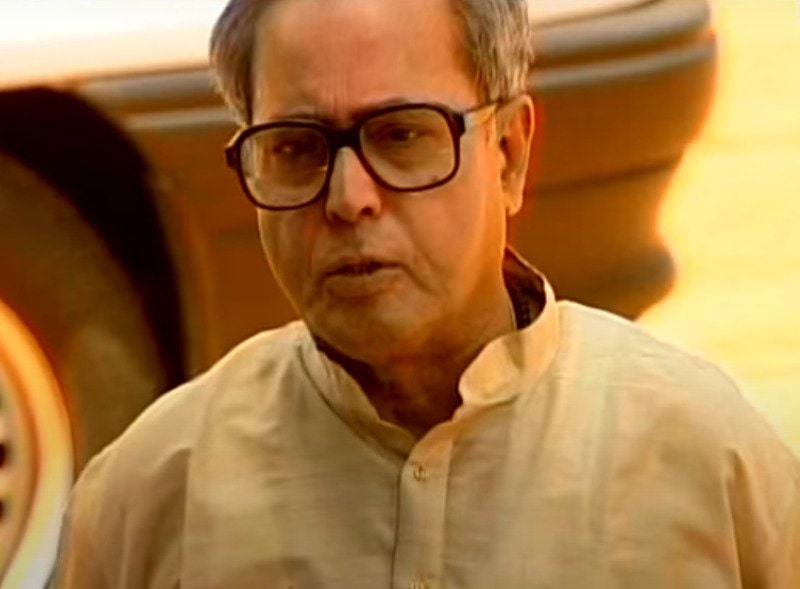 In his memoir he also went back to the time of post-Emergency when Sanjay Gandhi was painted as a villain of Indian politics. He hailed Sanjay Gandhi as a man of good intentions.

He wrote: "In much of post-Emergency literature, Sanjay Gandhi has been characterised as a villain, devoid of any good qualities. This animosity and venom against him was to a large extent the result of the euphoria surrounding the Janata Party’s creation, a wave of anti-Mrs Gandhi sentiment and the division in the Congress.

"Every human being is a mixture of good and bad. However, no one can fault the intentions guiding Sanjay’s decisions --- whether these pertained to population control, tackling illiteracy or afforestation. His ideas were good, and all targeted at bringing about positive change. And, as someone who knew him well and worked with him for six years of his political life, I was privy to many of his positive virtues."

A politician and statesman who had cordial relations with leaders cutting across party lines (he was conferred the Bharat Ratna during the Narendra Modi-led BJP regime), Pranab Mukherjee was often referred to in Indian politics as "the best Congress Prime Minister the country never had". 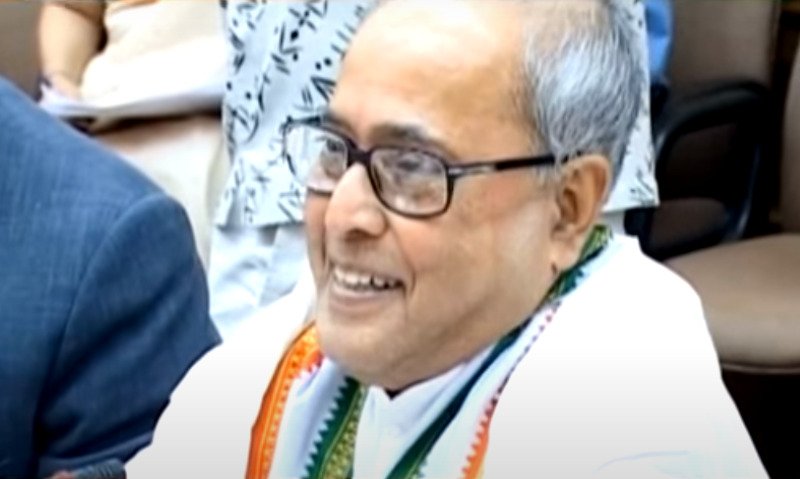 Losing the power struggle, Mukherjee had floated his own party, the Rashtriya Samajwadi Congress, which was later merged with Congress in 1989 after achieving a consensus with Rajiv Gandhi.

However in "The Turbulent Years: 1980-96", Mukherjee claimed he was reluctant to become the PM after Indira Gandhi's assassination and instead he had suggested Rajiv Gandhi to take over.

Mukherjee wrote, "Somebody suggested that I formally make this request to Rajiv and work out the modalities to be followed. I took Rajiv to the rear of the aircraft and requested him to take over as Prime Minister. His immediate question to me was, ‘Do you think I can manage?" 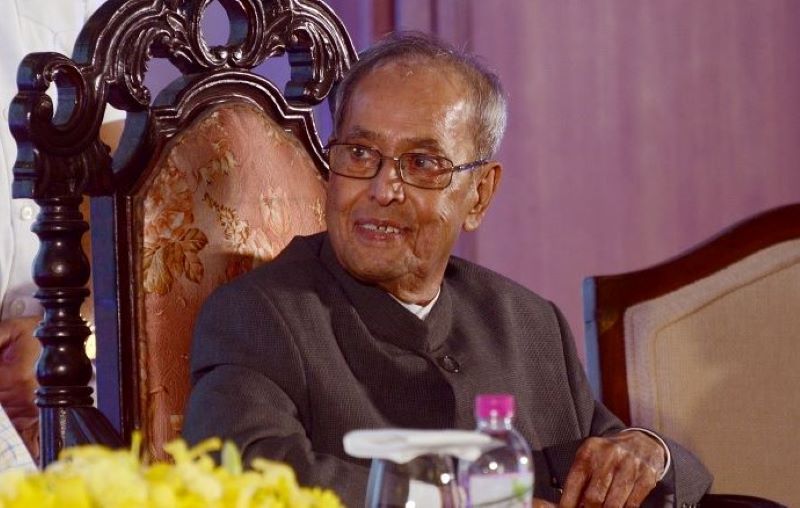 Mukherjee's political career was rebuilt only after Rajiv Gandhi's assassination in 1991.

Under PM PV Narasimha Rao, he was appointed as the Planning Commission head in 1991 and India's Foreign Minister four years later.

Born in West Bengal, Mukherjee won popular votes in the democratic country of 1.3 billion people for the first time in 2004, when the Congress-led alliance returned to power at the Centre. 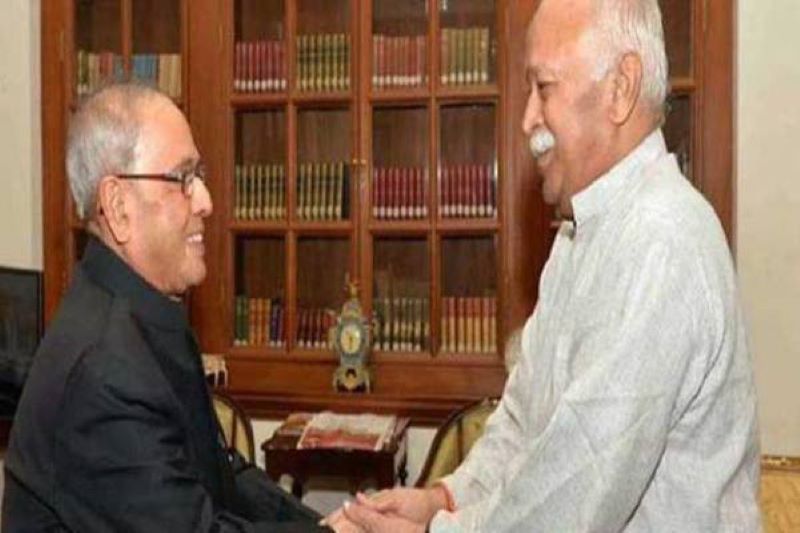 Winning a Lok Sabha seat, Mukherjee in the Congress-led United Progressive Alliance (UPA ) era between 2004 and 2014, handled the ministries of Defence, External Affairs and Finance.

In 2012, two years prior to the General Elections which saw the decimation of Congress and the emergence of Narendra Modi as the most powerful leader of the time, Mukherjee was nominated for the post of the Indian President.

While it was almost certain that then Congress general secretary Rahul Gandhi will fight for the PM's post in 2014, Mukherjee pipped PA Sangma to become the 13th Indian President, winning 70 per cent of the electoral-college votes. 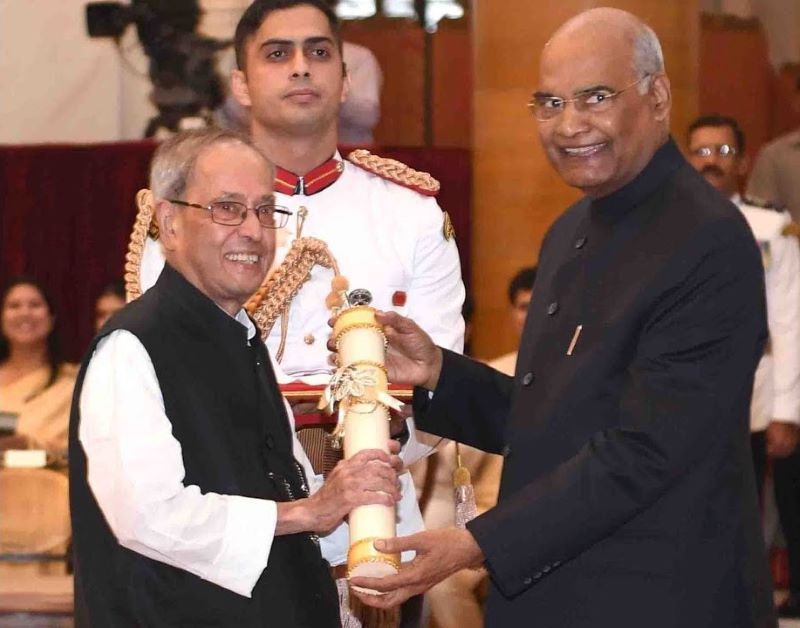 Courting a massive controversy and surprising his former party Congress, Mukherjee in June, 2018 became the first former President to attend an event of Rashtriya Swayamevak Sangh (RSS), a Hindu nationalist organisation and the parent body of the ruling Bharatiya Janata Party (BJP).

Mukherjee's attendance in the RSS event was also criticised by his own politician daughter Sharmistha.

After the former President's morphed pictures showing Mukherjee in RSS' uniform went viral on social media, Sharmistha had said on Twitter, "Hope @CitiznMukherjee now realises from todays’ incident, how BJP dirty tricks dept operates. Even RSS wouldn’t believe that u r going 2 endorse its views in ur speech. But the speech will be forgotten, visuals will remain & those will be circulated with fake statements."

Hope @CitiznMukherjee now realises from todays’ incident, how BJP dirty tricks dept operates. Even RSS wouldn’t believe that u r going 2 endorse its views in ur speech. But the speech will be forgotten, visuals will remain & those will be circulated with fake statements. 1/2

Even senior Congress leader Ahmed Patel, a confidante of Sonia Gandhi, had expressed unhappiness over Mukherjee's attendance and said, "I did not expect this from Pranab da !"

I did not expect this from Pranab da ! https://t.co/VBqXZ8x7SE

Though Mukherjee has always remained in the centre of Congress politics, the veteran was awarded Bharat Ratna, the highest civilian award of India, only during the rule of his political adversary BJP.