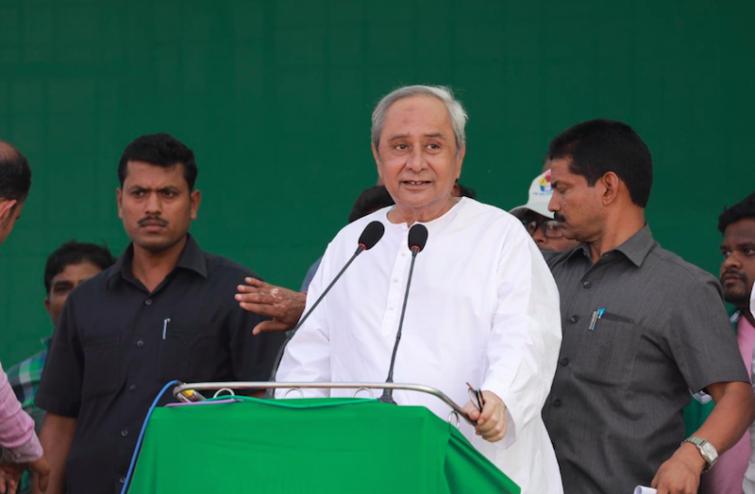 Bhubaneswar/UNI: Chief Minister Naveen Patnaik on Monday announced a slew of packages for the people affected by the current floods in some major rivers and Mahanadi river system in Odisha.

Patnaik announced the packages after chairing a high-level meeting soon after his aerial survey of the flood-hit areas.

He announced that 50 kg. of rice and Rs 500 will be provided to all families in the villages which have been severely affected, inundated or marooned due to the current flood.

He said cooked, dry food would be provided to all the people who have been evacuated for the period they are housed in shelters.

One polythene sheet to each deserving household whose house has been damaged. The House Damage Assistance would be given as per SDRF norms.

The Collectors, Patnaik said, will take steps for assessment of house damage within 15 days and disburse the assistance in next 7 days.

The assistance for clothing and utensils as per SDRF norms would be distributed to the affected families.

The cattle feed assistance to dairy farmers would be given as per SDRF norms and the user fees for vaccination and treatment of animals in flood affected areas would be exempted.

The government, he said, would conduct free animal checkup camps in the affected areas and announce that assistance shall be distributed as per SDRF norms for all other affected districts.

Official sources said the current floods triggered by heavy rains due to a low pressure had affected over 14.5 lakh populations in 20 districts and claimed 17 lives.

Approximately 10,382 houses were damaged and crop was damaged in 1,68,904 hectares of land in the flood.