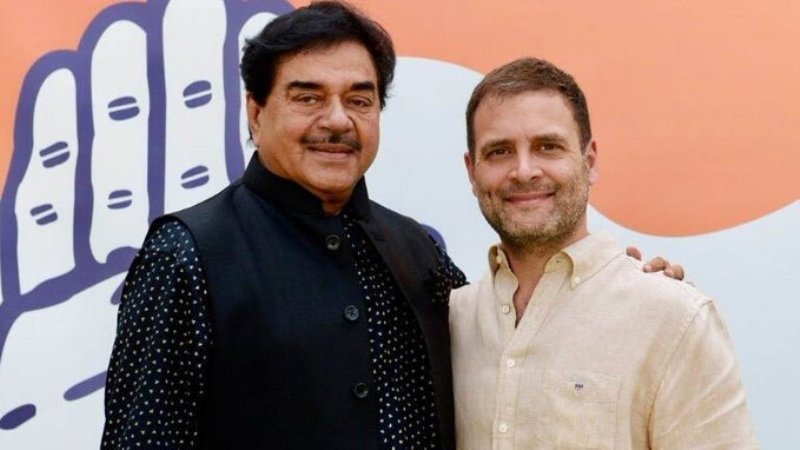 In Congress, one doesn't get platform to express opinion: Shatrughan Sinha

New Delhi/IBNS: As the Congress reached a conciliation on Monday by arriving at a resolution that Sonia Gandhi will continue as the chief, actor-turned-politician Shatrughan Sinha criticised the party he joined last year and called it a 'platform where one can voice one's concern but is often not visible.'

After the Congress Working Committee (CWC) virtual meeting ended with the resolution that the helm of the party's leadership will remain with Sonia Gandhi for now, Sinha told NDTV that: "I have not even completed two years in the Congress but from what I see, there is only one complaint – a platform where one can voice one's concern but it is often not visible."

He was quite vocal with his criticisms of the BJP's top leadership including Prime Minister Narendra Modi.

On being asked if he regretted joining the Congress, he said: "I feel sad as far as the BJP is concerned. I call it my first political family. Why were the leaders who built the party (Atal Bihari Vajpayee, LK Advani and Murli Manohar Joshi) sidelined? As I said it was a one-man show, two-man army. In Congress, sometimes one feels that people do not get a platform to express one's opinion."

"I do believe that when we have leaders like Manmohan Singh, Sonia Gandhi and Rahul Gandhi – you may call him pappu or whatever you like but he what he has achieved, you cannot deny - the party will find a way. I hope and pray that this evening they will come up with the most fruitful results," Sinha told the channel.

Ending all speculations of Sonia Gandhi's resignation from the party's top post, the CWC, the party’s highest decision-making body, ended its meeting on a rather conciliatory note after 7-long hours.

"The CWC, reflecting the overwhelming view and desire of the rank and file of the Congress, unanimously resolved to strengthen the hands of Smt Sonia Gandhi and Shri Rahul Gandhi in every possible way,” the Congress party said in its resolution.

The members of the CWC decided to form a committee to help Gandhi in the day-to-day functioning of the organisation, said media reports.

Former Prime Minister Manmohan Singh moved a resolution asking Sonia Gandhi to continue even as the latter in her opening remarks at the meeting asked the party to start looking for a new chief.

In its resolution, the party has set a six-month time-frame for a session of the All India Congress Committee to launch the search for a new chief, as asked by Gandhi.