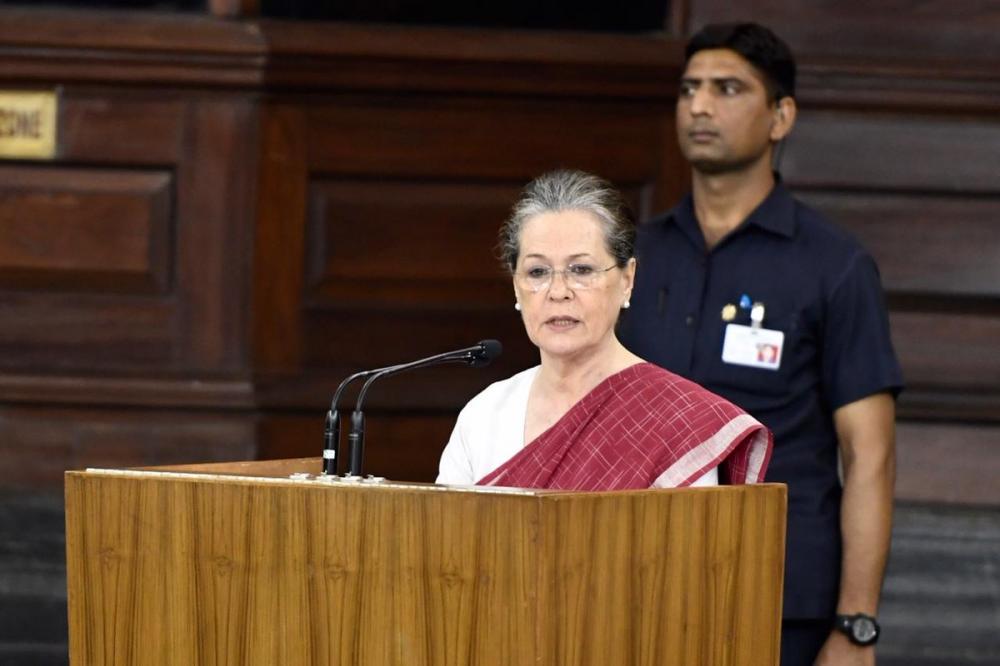 New Delhi: Responding to a letter sent to her by several top leaders who have sought a complete overhaul of the organisation, Congress supremo Sonia Gandhi directed them to get together and find a new party chief as she does not want to carry out the responsibilities any further, media reports said.

In her response, Gandhi has told them that she was not interested in leading the party once again when the Congress Working Committee (CWC) on August 10 requested her to assume the reins of the organisation again, a senior functionary told Hindustan Times on condition of anonymity.

Sonia had earlier accepted to work as interim chief of the Congress.

The leaders made desperate pleas to her after Rahul Gandhi rejected their calls to withdraw his resignation that he had put in on May 25 in the wake of party’s rout in the national elections, reports Hindustan Times.

At that time too, Sonia Gandhi mentioned in her response that she had insisted that the new president should be someone from outside the Gandhi family, the functionary quoted from the letter as reported by the Indian newspaper.

Breaking: CWC unlikely to accept Sonia Gandhi decision to step down. Section of party wants @RahulGandhi to take over but he is unwilling. CWC could see majority ask Sonia to continue till an alternative found. @DrAshwani_Kumar tells me:Cong needs Sonia in ‘extraordinary’ times!

Hindustan Times reported that it learnt that the letter has been in the works for at least the past month.

Several leaders that the newspaper spoke to confirmed that Ghulam Nabi Azad and Kapil Sibal, both Rajya Sabha MPs have taken the main initiative in drafting the letter.

Last year, the Congress suffered a massive jolt in the Lok Sabha polls.

The Bharatiya Janata Party returned to power for the second straight term.