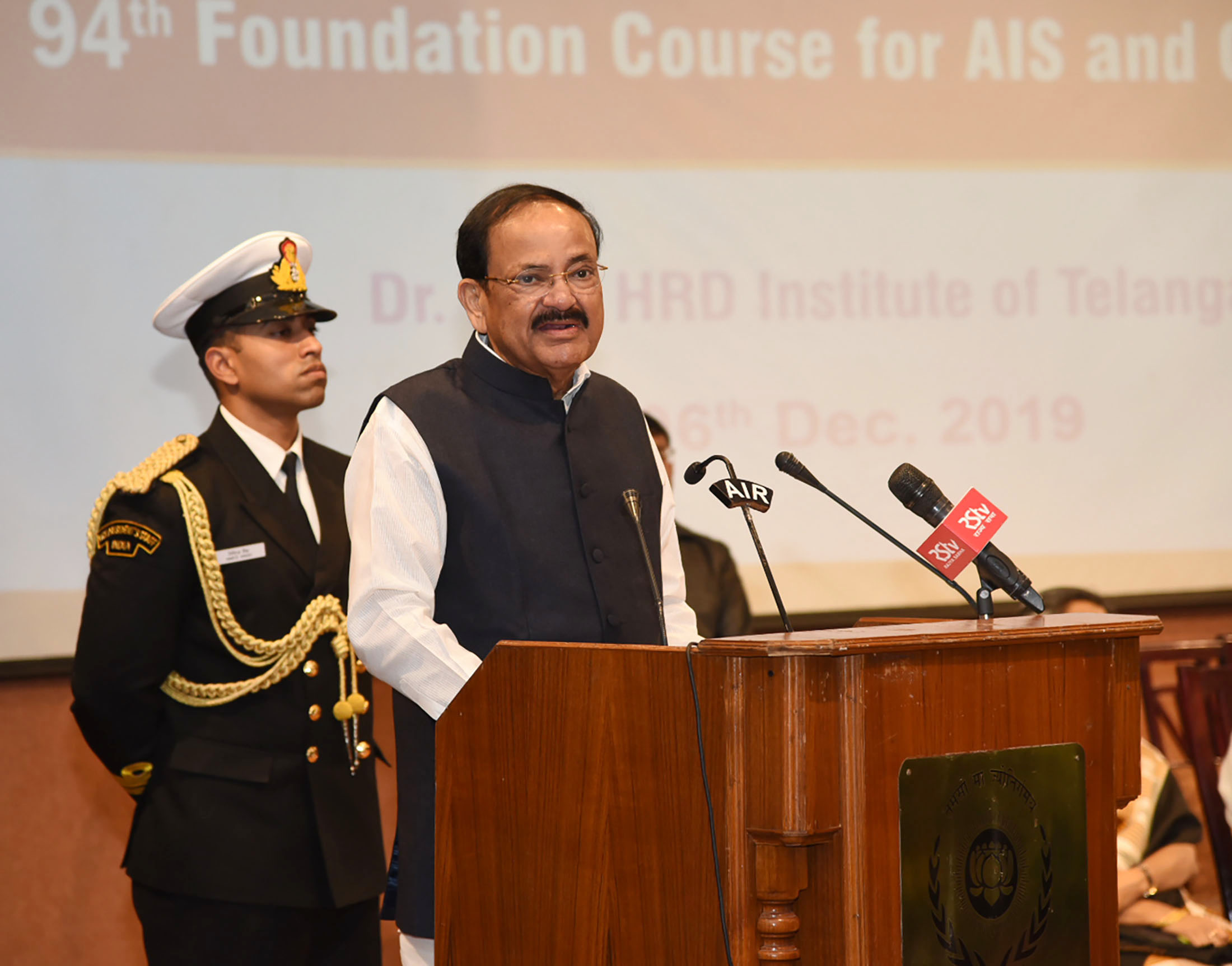 New Delhi/IBNS: Vice President M Venkaiah Naidu on Sunday called for a national movement for women’s empowerment and to ensure that no girl child is left out of school.

While observing that the flagship scheme ‘Beti Bachao, Beti Padhao’ has undoubtedly created a positive impact, Naidu said that much more needs to be done to change the societal mindset.

In a Facebook post titled “End Discrimination, Empower Women”, Shri Naidu pointed out that with women constituting about 50 percent of India’s population, progress cannot be achieved unless they are given equal opportunities in all spheres, including the political arena.

“We need to show in action and in deeds that gender discrimination no longer exists—that should be our goal," he stressed.

Urging all political parties to arrive at a consensus at the earliest on the long-pending proposal to provide adequate reservation to women in Parliament and state legislatures at the earliest, Naidu also emphasized the need for giving equal property rights to women for their economic emancipation.

The Vice President recently released a report- ‘Status of Sex Ratio at Birth in India’ which mentioned that there has not been any change in the sex ratio at birth in India from 2001-2017--the number of girl children born is much less than what is the general or natural norm. It was brought out by the Indian Association of Parliamentarians for Population and Development (IAPPD).

Referring to the report, he said it is an alarming issue that needs to be addressed on a war footing by all the stakeholders—from the society at large to parliamentarians, government, policymakers, opinion leaders, media organizations and various organizations working to empower women.

Urging elected representatives at all levels to draw the attention of people in their respective areas to the alarming aspect of skewed sex ratio, Naidu called upon every citizen to act like a warrior in completely eradicating social evils like dowry system and in eliminating 'son preference' mindset.

Stressing the need for rigorous implementation of Pre-conception & Pre-natal Diagnostics Techniques (PC & PNDT) law to bring about a balance in the sex ratio, the Vice President said there should be zero tolerance towards any kind of discrimination or violence against girls and women.

Calling upon the people to collectively declare a war on poverty, illiteracy and other social hurdles coming in the way of building a New India, Naidu wanted every Indian citizen, particularly the youth to join in the Yagna of building a prosperous and happy India where there will be no discrimination of any kind.