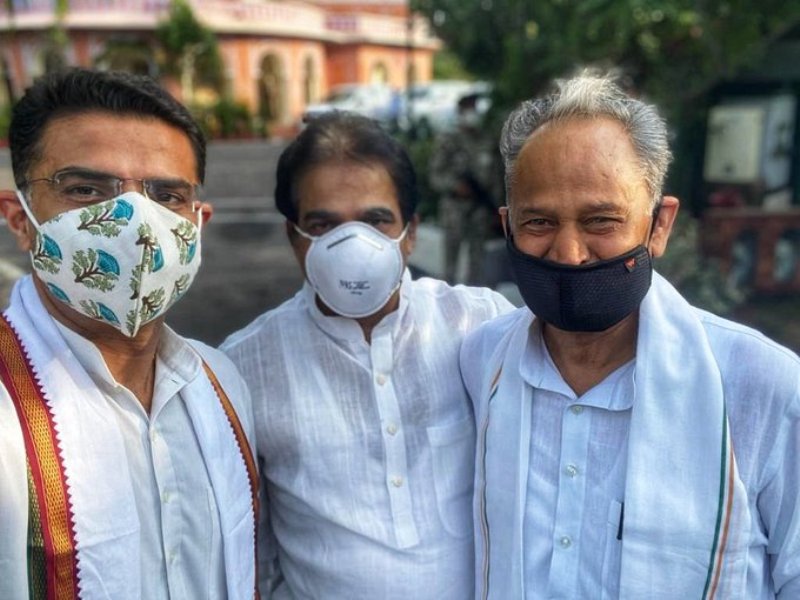 Jaipur: Ending another crucial chapter in the political paradigm of Rajasthan, CM Ashok Gehlot-led government on Friday won the trust vote in the state assembly.

Rajasthan has witnessed several changes in its political scenario in recent months.

Gehlot had earlier in the day tweeted: " As the Legislative Assembly session begins today, It would be the victory of the people of #Rajasthan and the unity of our Congress MLAs, it would be a victory of truth: Satyamev Jayate."

As the Rajasthan Assembly, convened for an urgent session, resumed at 1300 hrs, the ruling Congress government earlier in the day tabled a proposal for a Floor test.

He alleged that opposition Bharatiya Janata Party attempted to topple the Chief Minister Ashok Gehlot-led Congress government through horse-trading, but failed to break the party's fold.

The BJP wanted to repeat what it did in Manipur, Goa, Karnataka and Madhya Pradesh, he alleged.

After days of public clash which led the Rajasthan government on the brink of collapse, Chief Minister Ashok Gehlot and rebel leader Sachin Pilot came together for the first time for a meeting in Jaipur on Thursday, shook hands and later smiled for the camera.

Sachin Pilot was invited to Gehlot's home for a meeting of Congress MLAs, seen as a 'homecoming' and 'truce' talk with the party leadership in the state after a month-long rebel by the former deputy.