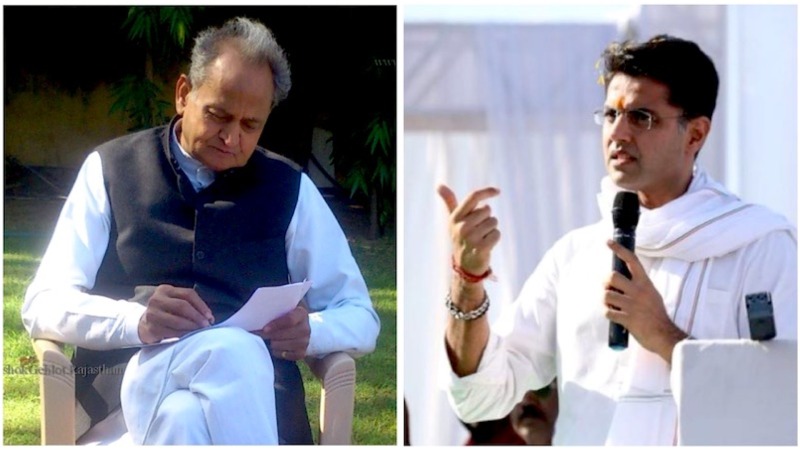 Jaipur/UNI: As the Rajasthan Assembly, convened for an urgent session, resumed at 1300 hrs, the ruling Congress government tabled a proposal for a Floor test.

He alleged that opposition Bharatiya Janata Party attempted to topple the Chief Minister Ashok Gehlot-led Congress government through horse-trading, but failed to break the party's fold.

The BJP wanted to repeat what it did in Manipur, Goa, Karnataka and Madhya Pradesh, he alleged.

Mr Dhariwal's reference was towards Union Home Amit Shah and Mughal Emperor Akhbar who tasted a defeat in battle of Mewar.

Replying to Mr Dhariwal allegations, deputy Leader of Opposition and senior BJP leader Rajendra Rathore asked how a party, who is engaged in "elephant-trading", can blame others over "horse-trading"?

Mr Dhariwal's "elephant-trading" remark was apparently towards the merger of Bahujan Samaj Party six MLAs after Assembly polls in 2018, which according to BSP chief Mayawati as well as the BJP, was illegal.

He said since last month people of the Rajasthan have become a victim of a "political drama" and surprisingly all the characters of the drama are from the "same party".

The BJP leader also advice the Gehlot-government to change the slogan of tourism department to "jaane kay dikh jaaye" (Anything could be seen).

Interestingly, Congress leader Sachin Pilot was amused for a while to see that his sitting position in the Assembly has been changed. It happened as Mr Pilot has lost dual post of deputy chief minister and Rajasthan Pradesh Congress Committee president.

"Who is at the border? The strongest warrior," he said sarcastically.

As per the House rules, if ruling party wins the no confidence motion, then it cannot be taken again for at least six months.

As per a norm, the Congress issued a whip to all its 101 members to vote in favour of party while the BJP asked its 72 MLAs to vote against the ruling the government.

Surprisingly, the BSP, late on Thursday night, issued a whip asking all its six MLAs to vote against the Congress.

In the present Assembly, Congress has 107 MLAs, while BJP 72. Thirteen independents, two MLAs each from the CPI(M) and the Bhartiya Tribal Party (BTP), and one from the Rashtriya Lok Dal (RLD) have earlier supported the Congress.