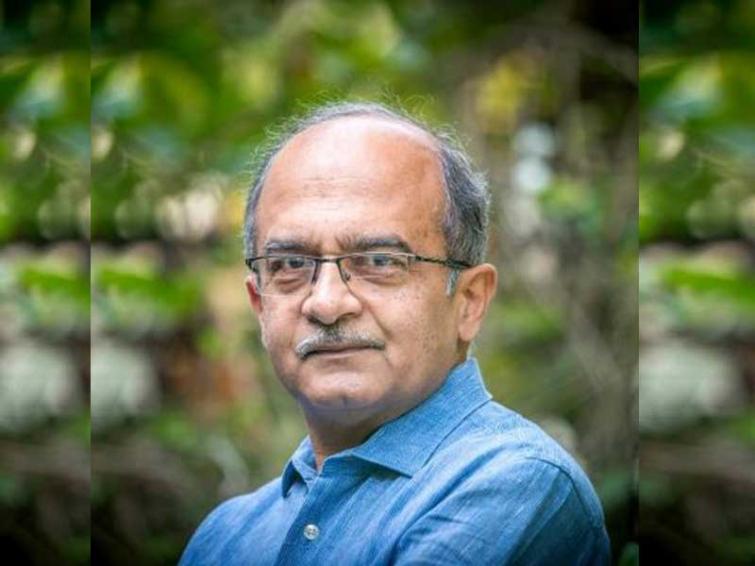 Bhushan had tweeted against the top court and Chief Justice of India, Sharad Arvind Bobde.

The Supreme Court had earlier issued a notice to Bhushan seeking his response on why action should not be taken against him for levelling allegations against the judiciary in micro-blogging site Twitter.

Bhushan wrote on Twitter in June, "When historians in future look back at the last 6 years to see how democracy has been destroyed in India even without a formal Emergency, they will particularly mark the role of the Supreme Court in this destruction, & more particularly the role of the last 4 CJIs".

SC issues notice to Prashant Bhushan on tweets against judiciary

In another tweet, he had said, "The CJI rides a Rs 50-lakh motorcycle belonging to a BJP [Bharatiya Janata Party] leader at Raj Bhavan, Nagpur, without wearing a mask or helmet, at a time when he keeps the SC on lockdown mode denying citizens their fundamental right to access justice!"

The Supreme Court had taken contempt proceedings against Bhushan on its own.