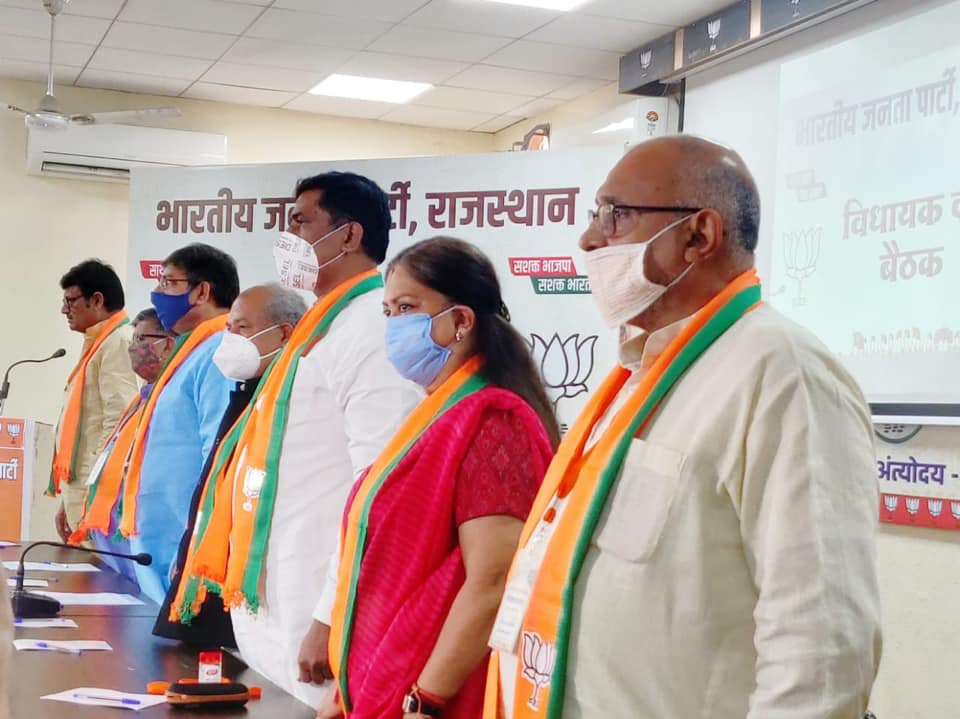 Jaipur/IBNS: Amid an apparent end to Rajasthan political crisis as Chief Minister Ashok Gehlot shook hands with his former deputy Sachin Pilot this evening, BJP announced it will move a no-confidence motion in the special assembly session on Friday, said media reports.

Vasundhara Raje and other top leaders of Rajasthan BJP met today to plan for the session tomorrow.

This is being viewed as a major twist as Chief Minister Ashok Gehlot is still guarding his flock cautiously. They are lodged at a resort in Jaipur, currently, and expected to be there till the floor test tomorrow.

Rajasthan BJP'S Thursday meeting was the first after the Congress rebel crisis broke out early July, which pushed the Ashok Gehlot government to the brink.

"We are bringing a no-confidence motion tomorrow in the Assembly along with our allies," Gulab Chand Kataria, Leader of Opposition in the Rajasthan Assembly was quoted as saying by NDTV.

Through the month-long rebel crisis in the Ashok Gehlot-led Rajasthan government, the BJP had denied allegations of horse trading and poaching Congress MLAs. The party had even said it would not call for a no-confidence motion and it was for the Congress to call a trust vote to prove its majority.

After Sachin Pilot patched up with Congress on Monday, Ghulabchand Kataria had told NDTV on Tuesday that BJP was rebuilding its strategy in the wake of the development.

After Sachin Pilot's revolt, Gehlot had the support of 102 MLAs, barely one above the majority mark in the 200-member Rajasthan Assembly.

BJP, on the other hand, has 70 MLAs and needs 30 more to topple the Gehlot government. The rebel camp led by Sachin Pilot claimed support of 30 MLAs, but the number did not go beyond 19.