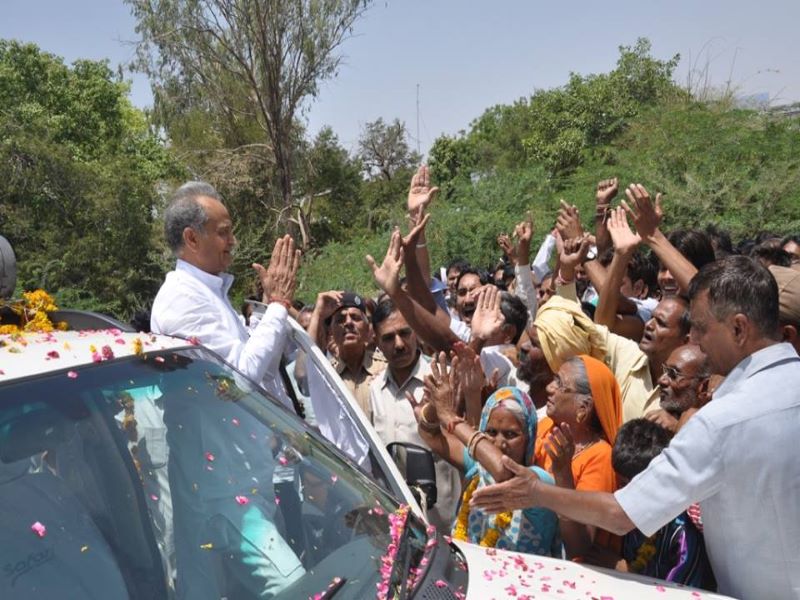 SC refuses to interfere in the merger of 6 ex-BSP MLAs with Congress, leaves the matter to Rajasthan High Court

Delhi/Jaipur/IBNS: Ashok Gehlot's prospects of winning a possible floor test in Friday's Rajasthan assembly session has been strengthened after Supreme Court on Thursday refused to interfere in the case of merger of Rajasthan unit of BSP with Congress, paving the way for the former BSP lawmakers to vote in favour of the ruling government, said media reports.

The Supreme Court bench, which was hearing the petition filed by BJP and BSP,  refused to put a temporary freeze on the merger, and left the matter to the single judge bench of Rajasthan High Court which is hearing the matter, said an NDTV report.

The petitioners had urged the Supreme Court to take up the matter urgently in view of the Rajasthan assembly session scheduled on Aug 14.

"We will not interfere in this case at this stage since High Court is already hearing it," the three-judge bench of Supreme Court said on Thursday, reported NDTV.

Meanwhile, Rajasthan High Court, which was expected to issue an interim order, has refused to take a call unless it heard all the parties in the case, the report added.

"The court said that it cannot give any decision unless all parties involved had their say," Dinesh Garg, representing Mayawati's Bahujan Samaj Party, was quoted as saying by NDTV.

In the absence of an interim order, the ex-BSP MLAs are free to participate in the proceedings of a special assembly session that will begin tomorrow when Ashok Gehlot will take the first opportunity to hold a trust vote, added reports.