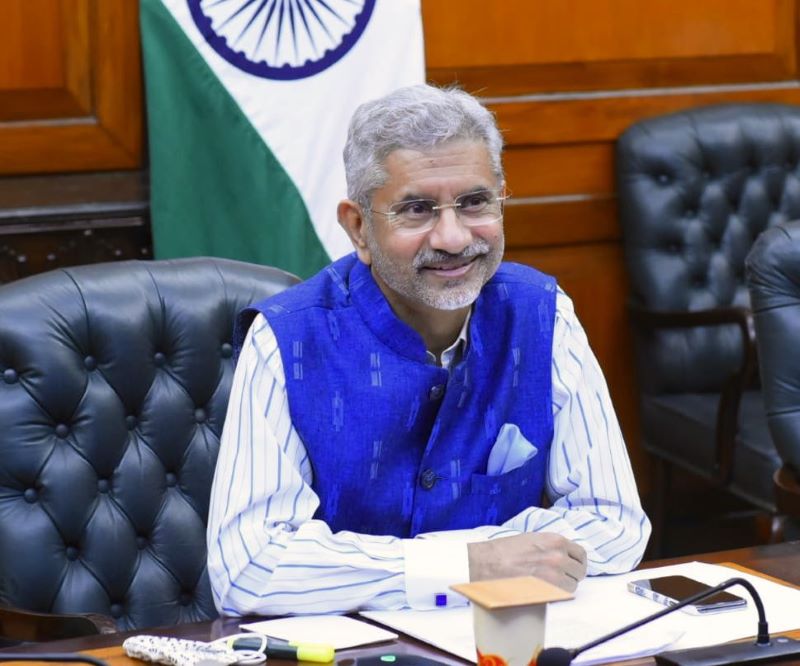 New Delhi/UNI: Taking the bilateral relation between the two countries to a new height, India on Thursday announced a $500-million package to help the Maldives government implement a connectivity project linking its capital Male with three islands.

An air travel bubble between the two sides will become operational from Aug 18 and India will renew quotas for supplying essential commodities to the Maldives during 2020-21.

These announcements were made during a virtual meeting between external affairs minister S Jaishankar and his Maldives counterpart Abdulla Shahid, which was part of regular high-level exchanges between the two sides.

Responding to a request from the government of the Maldives, Mr Jaishankar announced India’s decision to support the Greater Malé Connectivity Project (GMCP) through a financial package comprising a grant of $100 million and a new line of credit for $400 million.

Jaishankar noted this will be the largest civilian infrastructure project in Maldives, connecting Malé with the islands of Villingili, Gulhifahu, where a port is being built under an Indian line of credit and Thilafushi, where a new industrial zone is coming by construction of a bridge-and-causeway link spanning 6.7 kms.

"Once completed, this landmark project will streamline connectivity between the 4 islands, thereby boosting economic activity, generating employment and promoting holistic urban development in the Malé region,” the ministry of external affairs said in a statement. 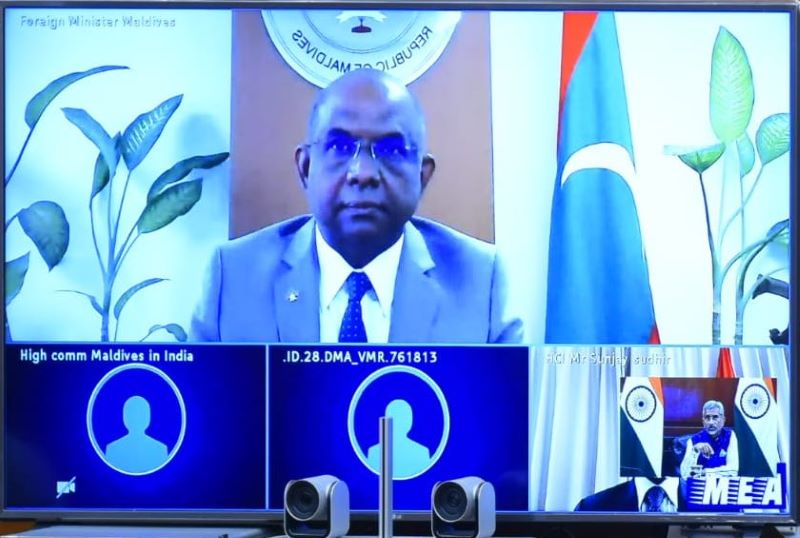 Recalling the Prime Minister’s announcement in the Majlis in June 2019 to start a ferry service between India and Maldives, Jaishankar announced that a direct cargo ferry service will commence shortly.

He underscored the significance of this service in enhancing bilateral trade and connectivity and in further boosting the economic partnership between the two countries.

The cargo ferry service will enhance sea connectivity and provide predictability in supplies for importers in Maldives and exporters in India. It will also reduce logistics costs and times for traders, it added.

The minister also announced creation of an air travel bubble between India and Maldives to facilitate movement of people from both sides for employment, tourism, medical emergencies etc.

"In keeping with our special ties, Maldives is the first neighboring country with which an air bubble is being operationalized. The air bubble symbolizes India’s support to shore up tourism arrivals and revenues in the Maldives. Health protocols in both countries will be strictly followed,” he said.

The first flight under the Air Bubble is expected to commence on Aug 18.

While fulfilling India’s commitment under the bilateral Trade Agreement of 1981, the minister conveyed the decision to renew quotas for supply of essential commodities to Maldives for the year 2020-21.

"The commodities include food items like potatoes, onions, rice, wheat, flour, sugar, dal and eggs as well as river sand and stone aggregates. The quotas assure food security, and the supply of essential construction items, and thereby provide certainty and price stability for such essential items in the Maldives,” he said.

During COVID-19 pandemic, when supply chains got disrupted, India continued to support the supply of essential food and construction materials to Maldives. In May 2020, India had also gifted 580 tons of essential food items through Mission SAGAR.

Given the financial challenges faced by Maldives due to the COVID-19 situation and India’s commitment to assist Maldives in its economic recovery, Mr Jaishankar further announced that the Indian government has decided to extend in-principle urgent financial assistance to the Government of Maldives, by way of a soft loan arrangement.

“Exact modalities of the loan arrangement are being finalized by the two sides,” he said.

Maldives foreign minister Shahid expressed deep appreciation for the steps taken by the Indian government in meeting the development priorities of his government.

He noted that the Greater Malé Connectivity project will be a new milestone in India- Maldives ties and will anchor the economic and industrial transformation of the Maldives.

He also conveyed gratitude for the timely financial assistance being extended by India.

Shahid noted that this financial support will help in revival of the Maldivian economy which is grappling with the impact of the Covid-19 crisis.

The Maldives minister welcomed the decision to create an air bubble and a direct cargo ferry service between India and Maldives.

"Both these steps will further strengthen bilateral trade and the close people-to-people relations between the two countries which forms the bedrock of our dynamic partnership," he said.

Since November 2018, under the leadership of Prime Minister Narendra Modi and President Ibrahim Mohamed Solih, India and Maldives have embarked on a dynamic and ambitious phase of the partnership that builds on our enduring ties based on mutual trust and shared interests.

The ‘Neighbourhood First’ foreign policy of India and the ‘India First’ policy of Maldives complement each other and now demonstrate concrete outcomes.

PM Modi and President Solih have met four times in the last one and-a-half years. President Solih is likely to visit India later this year, subject to the Covid-19 related conditions.

EAM Dr S Jaishankar and Foreign Minister Abdulla Shahid Both the ministers expressed satisfaction at the progress that has been achieved in the implementation of bilateral projects and initiatives, especially those under the USD 800 million Line of Credit.

Both leaders agreed to continue to work closely together so that bilateral relations continue to be broadened and deepened, the ministry said.

Besides, the ministers also reviewed the state of time-tested relations between India and the Maldives, and noted with satisfaction that the COVID-19 pandemic has not been able to slow down the pace of bilateral cooperation.