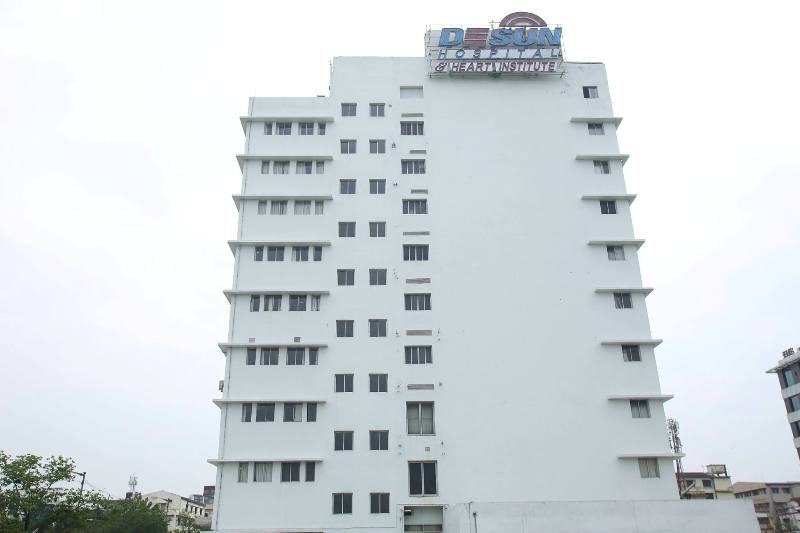 
"A Covid patient died in an ambulance waiting outside a hospital- this is a very painful and unfortunate incident, we have asked both private hospitals involved in the matter to put forward their explanation and details before the commission regarding this case," ex-Justice Ashim Kumar Banerjee said.

"We are expected to hold a hearing on the matter on the next hearing date of the commission, which is scheduled on Aug 19," Banerjee added.

According to reports, the 60-year-old woman from Tamluk in East Medinipur district of West Bengal was admitted to Dr. S.S. Chatterjee Heart Centre in Kolkata's Park Circus area with chest pain on Aug 8 (Saturday) and she was shifted on ventilator support on Monday morning after her health condition deteriorated.

After the woman's Covid-19 test report came positive in the evening, the private hospital had asked her son to shift the patient to a Covid designated hospital as soon as possible.

Her son rushed to Desun hospital in Kolkata's EM Bypass area, reportedly booked a Covid-19 bed for her mother and paid Rs. 80 thousand for it.

Later around 8:50 pm, when the patient was taken to Desun Hospital, the private healthcare facility had asked her son to deposit Rs. 2.2 lakh more in advance to begin her treatment.

"After paying a bill of around Rs. 90,000 to the Park Circus nursing home, I took my mother to Desun Hospital around 8:50 pm. and asked them to start her treatment immediately as I had already paid Rs. 80,000 in the evening while booking a bed for her," her son said.

"The hospital clearly told me that they won't take my mother to bed from the ambulance until I deposit 2 lakh 20 thousand rupees more. As my debit and credit cards' daily withdrawal limit was exceeded, I requested them to give me just two more hours, and after 12 am, I will be able to pay the amount," he added.

The hospital allegedly remained strict at their decision and did not give any treatment to the Covid-19 patient, who was struggling for life inside the ambulance.

Later, at 9:19 pm, the woman's elder son, who stays in Abu Dhabi in the UAE, transferred Rs. 2 lakh to Desun's bank account. 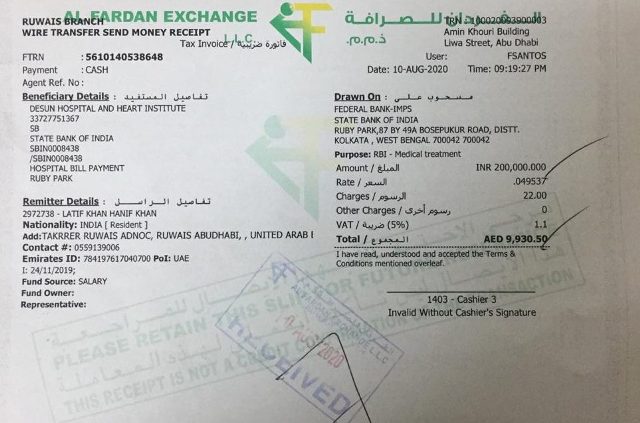 "Even after the money was transferred, hospital employees told us that they would not allow my mother inside the hospital until they got confirmation from the bank, and they were also forcing us to pay the remaining Rs. 20,000 of their desired Rs. 3 lakh advance," the man alleged.

"More than one hour after my mother was taken to Desun hospital premise, finally around 10:20 pm, when few doctors visited my mother in the ambulance, that was too late, she died without getting any treatment in the ambulance, waiting outside a Covid hospital," he added.

Later, the son of the Covid-19 victim registered a complaint with the local Anandapur Police Station, describing the entire incident. 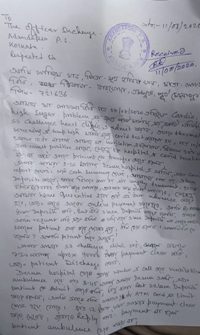 Denying all allegations, Desun Hospital's Deputy Manager, Tapas Mukherjee, said, "Our doctors rushed to ambulance after the patient was taken to hospital, checked her up and tried applying CPR, but she died there."

But, the senior Desun official did not have any answer when he was asked why the hospital took such huge money as advance despite state government and health commission's advisory.

The state health regulatory commission clearly mentioned in its advisory that no private Covid hospital can charge more than Rs. 50 thousand in advance from the patients and they have to give 12 hours to the patient's party to pay the money since the time of admission.

Meanwhile, the health commission has reportedly asked Medical Superspeciality Hospital in Kolkata's EM Bypass area to review its huge bill which was charged to treat a Covid-19 infected doctor who succumbed days ago.

"After knowing that the private healthcare facility had charged 18 lakh and 34 thousand rupees to treat a doctor from North 24 Parganas' Shyamnagar, who succumbed to Covid-19 two days back, I texted the hospital authority to review the bill," health commission's chairman, Ashim Kumar Banerjee said.

Sources said that the hospital had assured the commission to review the bill.