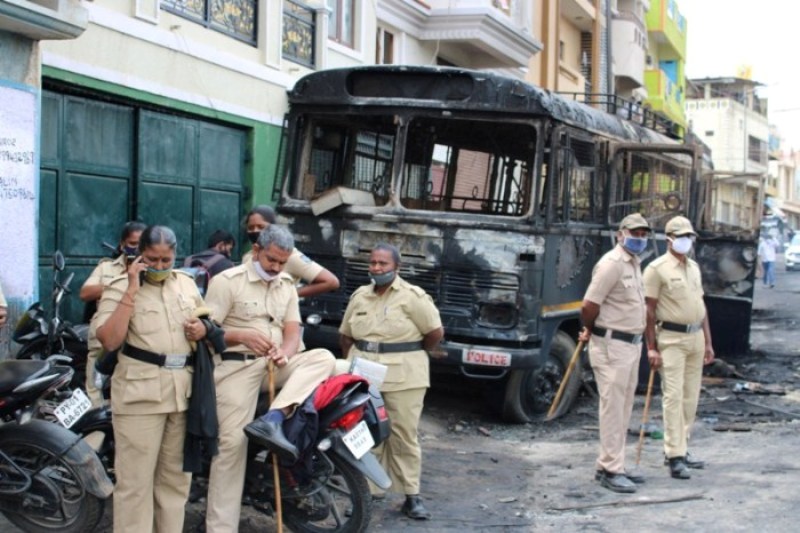 Bengaluru/IBNS: A magisterial probe has been ordered into the deadly communal clashes in Bengaluru even as the Police on Wednesday arrested a man accused of posting derogatory remarks on social media which were allegedly offensive to Islam and eventually triggered riots in the city on Tuesday night, leaving three killed and many injured.

A police station and the residence of a Congress MLA were vandalised while scenes of arson were witnessed.

The post on Facebook led to clashes first at the residence of Congress’ Pulkeshi Nagar MLA Akhanda Srinivas Murthy.

The clash later shifted around the premises of DJ Halli and KG Halli police stations where a mob started pelting stones and torching vehicles.

Several police jeeps, buses and other vehicles parked in the area were torched in the mob fury. 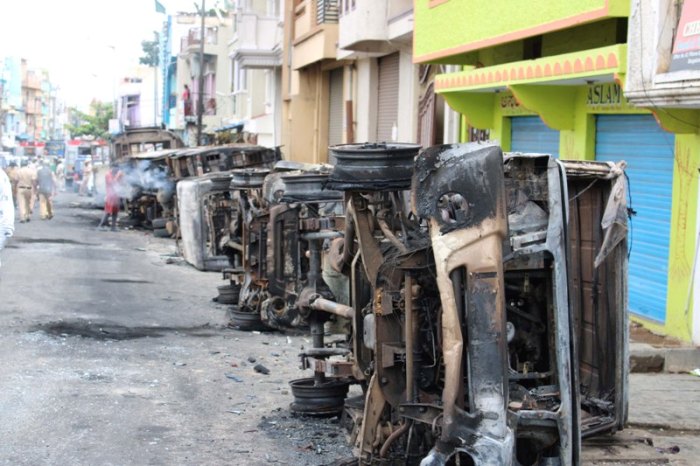 At least three people were killed and over 50 police personnel were injured in the clashes.

The accused has been identified as P Naveen, who is the nephew of MLA Murthy.

"With regard to incidents in DJ Halli, accused Naveen arrested for posting derogatory posts… also total 110 accused arrested for arson, stone pelting and assault on police. APPEAL TO ALL TO COOPERATE WITH POLICE TO MAINTAIN PEACE,” Bengaluru City Police Commissioner Kamal Pant tweeted.

With regard to incidents in DJ Halli, accused Naveen arrested for posting derogatory posts.. also total 110 accused arrested for arson, stone pelting and assault on police. APPEAL TO ALL TO COOPERATE WITH POLICE TO MAINTAIN PEACE.

Following the incident, the state government has ordered a magistrate level enquiry.

Karnataka Chief Minister B S Yediyurappa directed the police to take strict action against those involved in the incident. 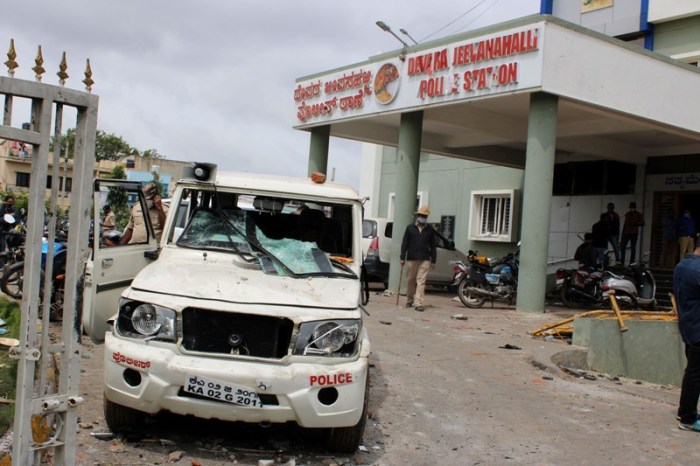 "Directions have been issued to the police to take strict action against the perpetrators involved in inciting violence at MLA Akhanda Srinivas Murthy’s residence and later against the police in DJ Halli station limits. The government will take all measures to punish the guilty,” Yediyurappa said.

A curfew has been imposed in KG Haloli and DJ Halli localities in East Bengaluru following the violence. 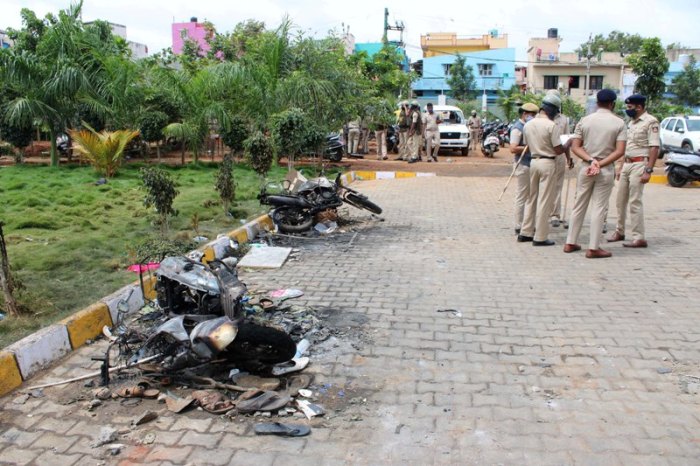 The restrictions under Section 144 would be in place till 6 AM on Thursday.

More police were deployed in the area as per directions from Home Minister Basavaraj Bommai.

Home Minister Basavaraj Bommai said the police had resorted to firing as the last step to bring the violence under control.

A senior police official was quoted as saying by The Indian Express: “The accused has stated that his account was hacked and he was unaware of uploading the derogatory post. We have retrieved the post which was deleted and a detailed investigation is underway. Possibilities of conspiracy cannot be denied at the moment.”

Meanwhile, the Janata Dal (Secular) party has alleged that it was a “pre-planned conspiracy” and demanded immediate action against the perpetrators.

Former CM HD Kumaraswamy took to Twitter to state: “No religion or community is above the law and anyone who does not respect the law of the land should be punished. The Government should ensure that such incidents never repeat by taking strict action."

No religion or community is above the law. Anyone who doesn't respect the law of the land should be punished. The government must take tough action against vandals. Must ensure that such incidents don't recur in future.
1/6

He added that the incident “looks like pre-planned conspiracy.”