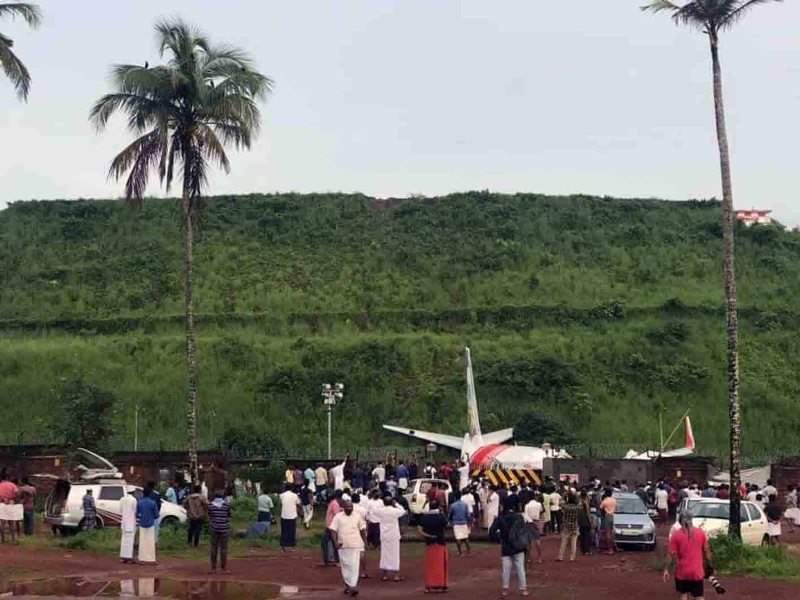 New Delhi/IBNS: In the wake of the recent air crash in Kerala, the Directorate General of Civil Aviation (DGCA) has banned the operation of wide-body aircraft at Kozhikode airport during the monsoon season, media reports said.

Although no date has been fixed yet for the ban to continue, the aviation body said it will wait for the monsoon season to get over as a precautionary measure.

The decision was taken four days after a narrow-body Boeing 737 aircraft of Air India Express with 190 people on board overshot the runway and crashed at the Kozhikode airport amid heavy rains.

Wide-body aircraft, with usually larger fuel tank, needs a longer runway to take off or land.

At least 18 people died as the Air India Express aircraft with 191 people on board snapped into two while landing amid heavy rainfall in Kerala's Kozhikode on Aug 7.

The Air India Express Flight IX 1344 from Dubai to Kozhikode in Kerala overshot the tabletop runway after skidding off while landing at around 7-40 pm.  The mishap left over 100 people hurt.

Following the accident, a top air safety expert had said he had warned years ago against the dangers of landing airplanes at the Kozhikode airport which has a short tabletop runway with 200 feet deep gorges on both sides of the tarmac, said a media report.

Air Safety Expert Captain Mohan Ranganathan had said in a detailed report nine years ago that the Calicut (now Kozhikode) airport was not safe for landings, said an NDTV report.

"The runway has a steep downslope, no safety area. They were warned nine years back and given proof but they continued to operate and declared the airport safe," Captain Ranganathan was quoted as saying by NDTV, adding that he claimed to have predicted a disaster in 2020 in some airfields and Kozhikode was among them.