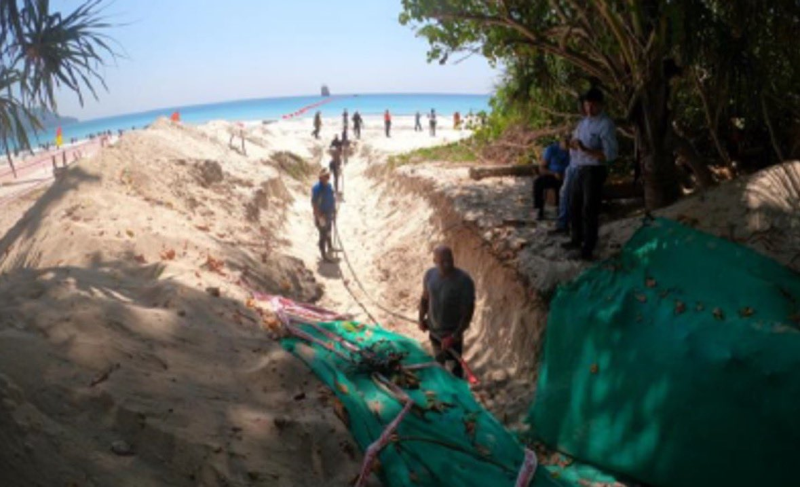 Port Blair/IBNS/UNI: In the next step to upgrade infrastructure in the Andaman and Nicobar Islands, Prime Minister Narendra Modi on Monday inaugurated the country's first undersea optical fibre project.

The foundation stone for this project was laid by Modi on December 30, 2018 at Port Blair.

Modi said the connectivity would now enable endless opportunities in the islands. He said the laying of the 2300 km submarine cable and completing it before the set target was very praiseworthy.

The Prime Minister said the service had begun on Monday on a major chunk of islands  from Chennai to Port Blair, Port Blair to Little Andaman and Port Blair to Swaraj Island. 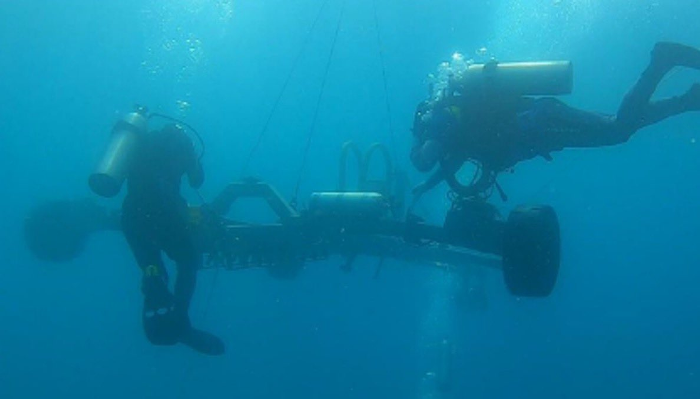 He lauded the laying of cables for about 2300 km under the sea, stating that surveying in the deep sea, maintaining the quality of the cable and  laying of the cable with specialised vessels was not an easy task.

“The project was not only huge in scale but was full of challenges. I am glad that we have completed the work by a dedicated team. It was the duty and responsibility of the entire nation to provide telecom services to the hardworking people of one of the most important regions, Andaman and Nicobar Islands,” Modi said.

The project also had to overcome challenges such as high waves, storms and monsoons and the tough times, owing to the Novel Coronavirus pandemic.

Higher data speeds will enhance tourism and attract tourists, thus more and more tourists will opt for longer stay in Andaman, which will benefit Andaman’s Tourism Industry, he noted.

The PM said the cable link will not only allow BSNL to provide 4G data services, but will enable other telecom operators to render such services on Andaman and Nicobar Islands, in coming days.

The long awaited Chennai-Andaman and Nicobar Islands Submarine Cable Project will connect seven islands of Andaman other than the capital city Port Blair.

The seven Islands are Swaraj Dweep, Long Island, Rangat, Little Andaman, Kamorta, Car Nicobar and Great Nicobar. However he added that in the first phase only Port Blair, Swaraj Dweep and Little Andaman will get fast internet after launch.

Describing  the laying of submarine  Optical Fibre Cable (OFC) as ‘a ?momentous day’ for Andaman and Nicobar, the Union Home Minister Amit Shah on Monday said that this will provide high-speed telecom and broadband facilities to the Union Territory at par with metro cities.

“This mammoth project had enormous challenges but completed well before its timeline,” he said in a series of tweets.

The OFC will provide high-speed telecom and broadband facilities in Andaman  and  Nicobar at par with metro cities, the Home Minister said, “this will lead to great benefits like e-education, banking facilities, telemedicine and surge employment by providing a major boost to the tourism sector.”

Geopolitical experts see the government's infra push to the archipelago of over 572 Islands in the Bay of Bengal as a step to open opportunities for India in South-East Asia.

Hindustan Times said referring to a senior government official that PM Modi on Monday unveiled plans to build a transshipment port at Great Nicobar Island at an estimated cost of Rs 10,000 crore.

The Prime Minister said efforts are on to have the first phase of this project operational in the next 4-5 years. Once  ready, big ships will be able to dock here.The project is aimed at developing the port as an alternative to the neighbouring ports including those in Sri Lanka and Indonesia’s Banda Aceh, HT said, referring to the official.

“The idea is to turn Andaman into a major transportation hub that is at the heart of India’s Look East policy,” a second government official said, quoted HT.