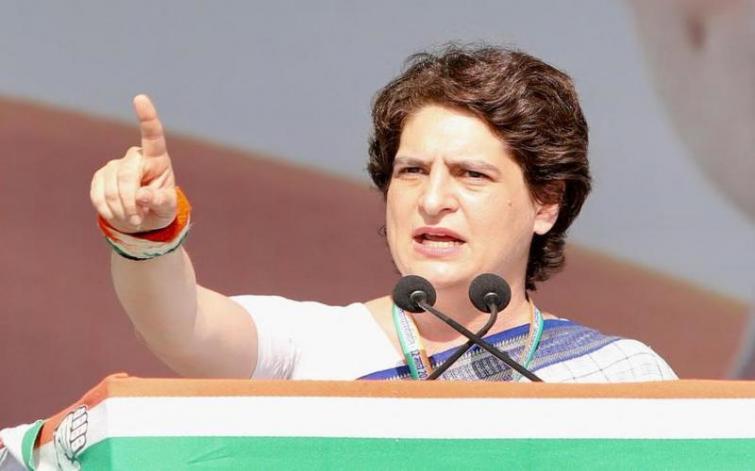 Severe unemployment in UP, govt should explain: Priyanka Gandhi

New Delhi/UNI: Attacking the Uttar Pradesh government over lack of jobs in Uttar Pradesh, Congress General Secretary Priyanka Gandhi Vadra on Monday said there was 'severe unemployment' in the state and asked the state government to explain the reasons behind it.

Taking to micro-blogging site Twitter, the Congress leader said that Memoranda of Understanding (MOUs) are signed every year in Uttar Pradesh, but how many of them are visible on the ground.

Tweeting in Hindi, she said, "MoUs are signed at the Investors Summit every year. This is one to to become paper tigers by applying crores in such summits."

"There is severe unemployment in UP and due to financial constraints, people are committing suicide. The government should tell how many MoUs are visible on the ground? How many youth got employment?" she demanded.