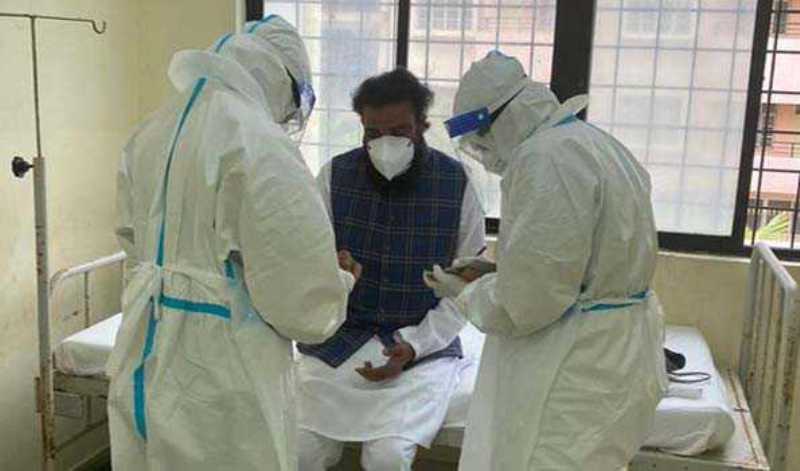 Bengaluru/UNI: Karnataka Health and Family Welfare Minister B Sriramulu on Sunday said that he has tested positive for COVID-19.

He took to twitter and said that he had undergone the COVID-19 test after suffering mild fever.

The minister has been admitted to the state-run Bowring Hospital.

Informing that the tests had been confirmed for having contracted the COVID-19, the minister had also appealed to those who had come in close contact with him to go for a test and take all precautionary measures.

It may be recalled that Chief Minister B S Yediyurappa and former state chief minister and Congress leader Siddaramaiah, also recently tested positive for the virus and are being treated at a Private Hospital in the city.