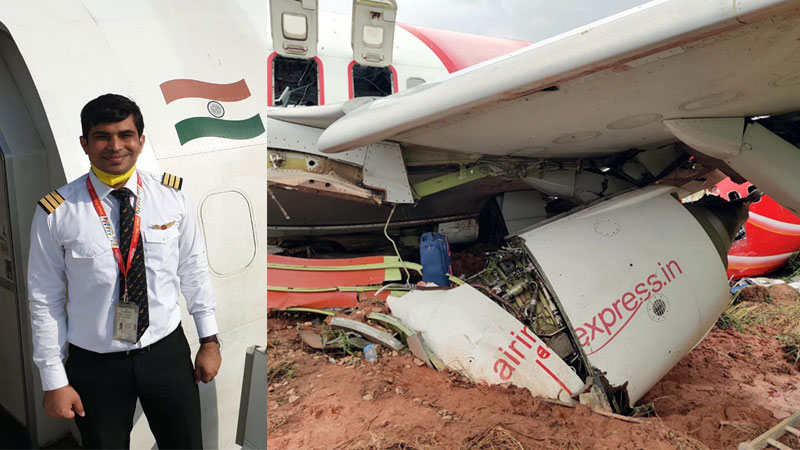 Kozhikode/IBNS: Air India Express's First Officer Akhilesh Kumar, who had co-piloted the first flight to Kozhikode from Dubai under the Vande Bharat Mission three months ago, lost his life in last night's plane crash at Karipur airport in Kerala's Kozhikode, leaving behind his wife who is expecting to deliver their child in the next 15-17 days, reports said.

Co-pilot Akhilesh Kumar and captain of the ill-fated Air India Express flight, Deepak Sathe, were among the 18 victims who lost their lives in the fatal plane crash.

The 32-year-old co-pilot, who was a native of Mathura in Uttar Pradesh, had joined the Air India in 2017 and the soft-spoken pilot had flown multiple repatriation flights under the Vande Bharat mission to bring back Indians stranded abroad due to Covid-19 lockdown.

A video on Twitter showed how the first officer along with other Air India Express crew members had received a hero's welcome at Karipur airport after operating the first Kozhikode-Dubai-Kozhikode flight under the Vande Bharat Mission on May 8, exactly three months before Akhilesh Kumar co-piloted his life's last flight.

Recalling his memories, Captain Akhilesh Kumar's cousin brother, Basudev, said, "He was a very humble, polite, and well-behaved person. He visited home for the last time before the lockdown had been enforced." 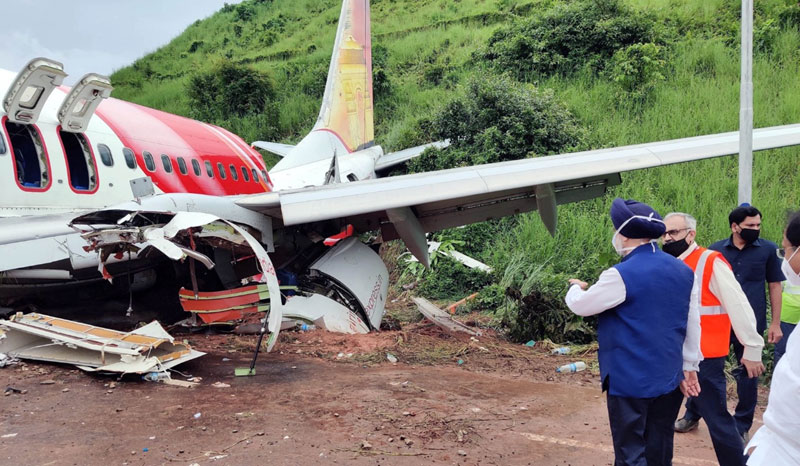 "In 2017, Akhilesh had joined Air India as a first officer and got married to Megha, who is pregnant and expecting to deliver their child in the next 15 to 17 days," the relative said.

Captain Akhilesh is survived by his pregnant wife Megha, parents, two younger brothers and a sister.

Earlier on Friday night, Air India Express IX-1344 flight, a Boeing 737, from Dubai with 174 passengers, 10 infants, two pilots and four cabin crews on board, under the Vande Bharat mission overshot the tabletop runway while landing at Karipur airport amid heavy rain, plunged 35 feet below and crashed, splitting into two.

Two pilots and four infants are among the 18 victims who have been declared dead so far in the airplane accident.