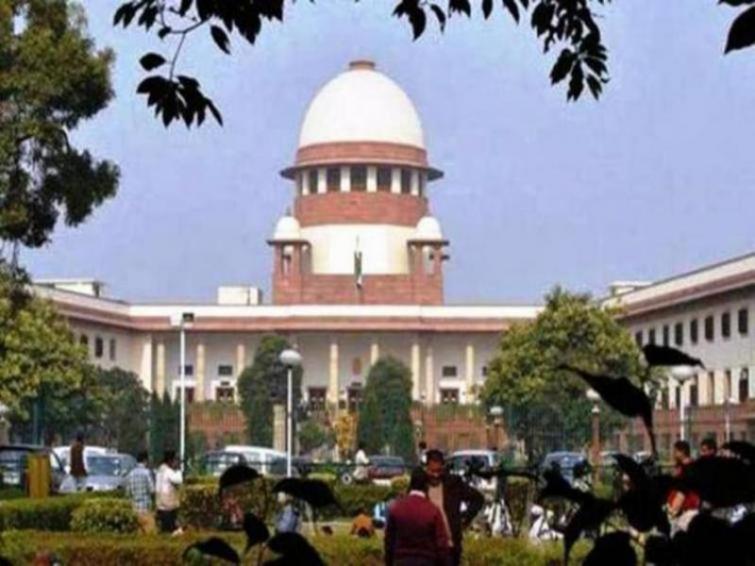 "Why do you do all this? You might be an activist (but) what kind of nonsense is this? It is obscenity you are spreading. It will leave a very bad taste in society," the bench was quoted as saying by NDTV.

"What impression will growing children get from this act?" Justice Mishra asked, NDTV quoted.

Senior advocate Gopal Shankaranarayan, who appeared for Fathima, argued that the allegation of obscenity in her case was "strange", adding that no questions would have been raised had a man stood naked. But, if a woman did so "then there is all this".

The activist approached the Supreme Court after Kerala High Court rejected her bail plea. She contended that the case against her violated right to life, liberty, dignity.

She also claimed in her bail petition filed on Monday "exceptional conduct" and full cooperation with the investigation by the police in the case.

"Goddesses in Kerala are frequently depicted in idols and murals with bare breasts. When one prays at the temple the feeling is not of sexual arousal but one of divinity," Fathima said in her plea before the top court, reported NDTV.

"(Does) female nudity (even when not visible) per se constitutes obscenity? (Can) children painting on their mother's body can be concluded to be "sexual gratification" and "child abuse" under these stringent laws?" she asked, the report added.

The Kerala High Court had rejected her bail petition observing that her video equated to an "obscene representation of children for sexual gratification" and charged her with offences under POCSO (Protection of Children from Sexual Offences Act) and the IT (Information Technology) Act, said the NDTV report.

However, Fathima argued that nudity, by itself, cannot be treated as obscenity while questioning the cases framed against her under POCSO and IT Act, adding that the allegations prima facie would not constitute any punishable offence that are non-bailable in nature.

The activist, who had made an attempt to enter the Sabrimala Temple in September 2018, after the Supreme Court allowed the women from traditionally barred age group of 10-50 to enter, filed for the bail plea a day after her residence in Kochi was searched and her laptop and mobile phone seized.