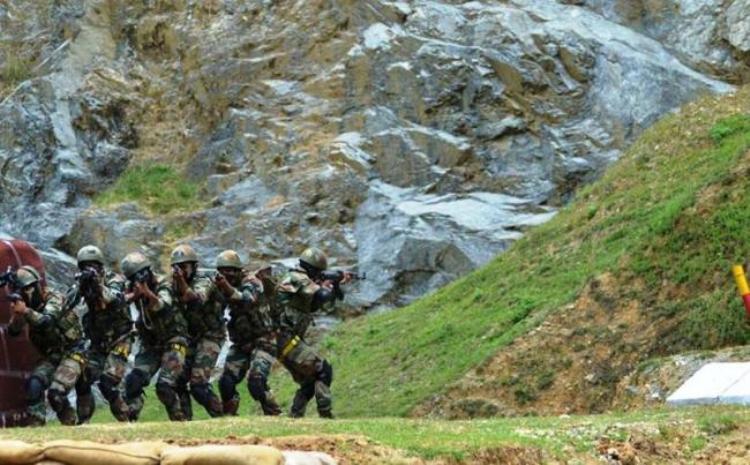 Srinagar/UNI: Massive search operations have been launched and sniffer dogs pressed into service after clothes of a rifleman, abducted by suspected militants on Sunday evening, were found in an orchard in Shopian in south Kashmir on Friday morning.

Official sources said rifleman Shakir Manzoor of 162 Territorial Army (TA) was reported missing since 1700 hrs on Sunday. However, his abandoned burnt car was later found at Rambhama Kulgam the same evening, adding that it is suspected that the soldier had been abducted by militants.

Sources said Shakir, who had come to celebrate Eid-ul-Adha with family, had left his home at Harmain Shopian Sunday evening in the car. However, when he failed to return, police were informed and a massive hunt was launched to trace him.

However, this morning some villagers informed the police that they found some clothes in an orchard at Landoora, Shopian.

Sources told UNI that the entire area was immediately sealed and sniffer dogs were pressed into service after the clothes were recovered.

Security forces have launched a massive search operation to trace the kidnapped soldier.

Meanwhile, family members of the soldier have appealed to the abductor to release him on humanitarian grounds.

This is not the first time that a soldier who had come on leave to celebrate festivals or other social gatherings with family is being abducted by militants in south Kashmir. However, some of them were released while others were killed.

Army officer Lieutenant Umar Fayaz was abducted and later killed by militants in May 2017 in Shopian in south Kashmir.

The Army authorities had directed all soldiers from Kashmir to take extra precautions when they visit home on leave.