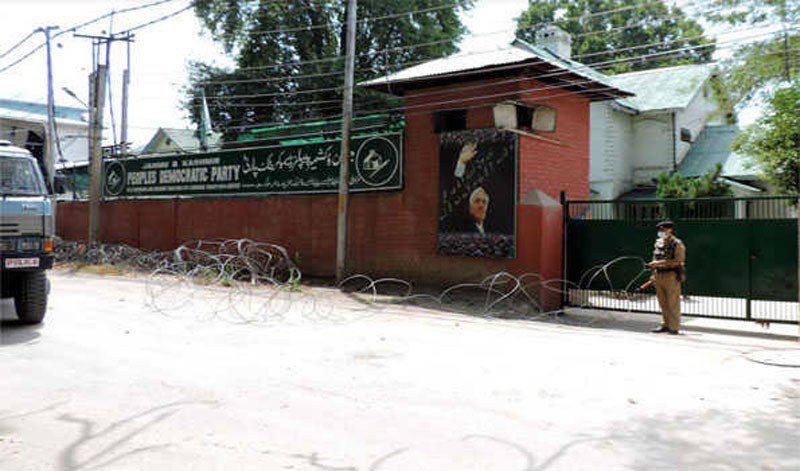 Kashmir politics: PDP march against scrapping of Article 370, 35A foiled

Srinagar/UNI: Peoples Democratic Party (PDP) march on Wednesday against scrapping of Article 370 and 35A in Srinagar was foiled by the administration by closing all roads leading to party headquarter and detaining senior leaders on Tuesday.

However, a group of four PDP leaders managed to hold a brief protest at press enclave alleging that majority party leaders and workers were detained or put under house arrest since last evening to prevent them from participating in the march.

We had planned to march party headquarter at Municipal park to press enclave today against the scrapping of the special status of the state, the leaders told reporters. Despite announcing that there will be no curfew today in Srinagar, more strict restrictions were witnessed since early this morning. They said they reached press enclave through lanes and bylanes as all main roads were sealed. PDP president and former Chief Minister Mehbooba Mufti is already under detention from August 5. However, her detention under Public Safety Act (PSA) was recently extended for another three months.

Security forces have closed both the roads leading to PDP headquarter with barbed wire and by parking bulletproof vehicles. Nobody, even the media persons were not being allowed to enter the area.