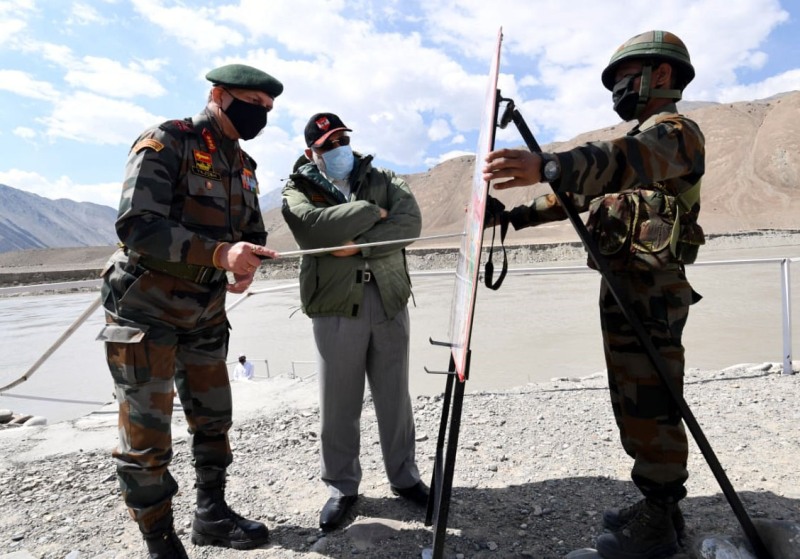 India's own strong response and the support it received from other countries over the recent Galwan clash 'rattled' China, an expert said.

In an opinion piece published in Newsweek, Jianli Yang, founder and president of Citizen Power Initiatives for China, wrote: "China's weakness came to the fore when it failed to effectively handle the outbreak of COVID-19 in its initial stages and was caught on the back foot with the U.S., Australia and other countries blaming it and seeking an investigation."

"Rather than adopting a remorseful demeanor, China portrayed itself as 'strong' by displaying an aggressive attitude," he said.

"But China seems to have gone too far in this faux display of strength—so much so that it has now created new adversaries for itself and is struggling to handle the backlash," he said.

He said: "The cordial relationship that India and China had built consequent to summit meetings between Chinese President Xi Jinping and Indian Prime Minister Narendra Modi in Wuhan in 2018 and Mamallapuram in 2019 has been jeopardized due to China's actions along the Line of Actual Control."

He said other countries also stood up in support of India and voiced opposition to China's latest territorial expansionist move in the Himalayan region.

He said: "China is now wary that India, as a result of the misadventure in the Galwan Valley and push from Western governments and media, could adopt a path that is not in China's interest."

The expert said: "But India and its allies cannot afford to be too optimistic. Military preparation and economic competition will not be the only components of that strategy, though they are very important ones. The very nature of China's regime poses a threat to India's interests and security."

At least 20 Indian soldiers were killed during clashes with Chinese soldiers at the Galwan Valley recently. The death toll on the Chinese side was not disclosed by the totalitarian communist regime ruling it.