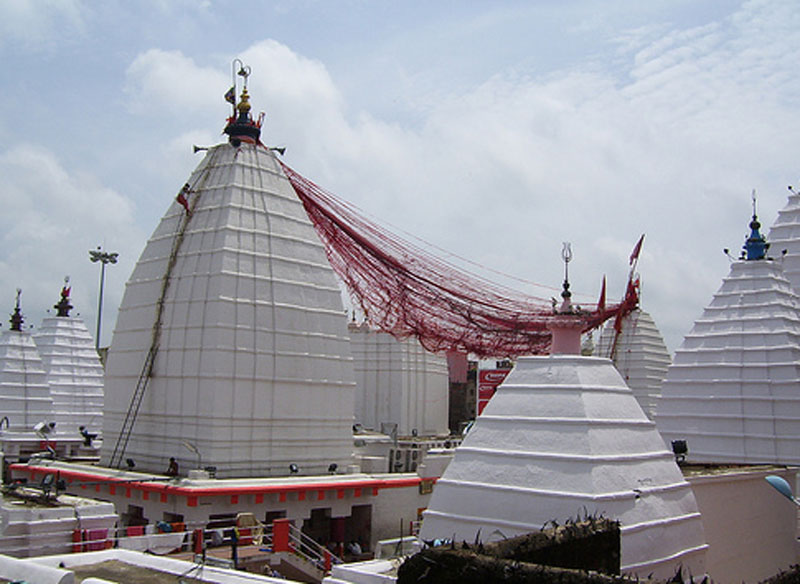 Deoghar/UNI: On the last Somvari of the auspicious month of Shravan which also coincided with Shravan Poornima the doors of Baba Baidyanath Dham Temple were opened for the devotees.

Following the orders of the Supreme Court, the district administration on Monday ordered to open the doors of the temple and had decided to allow 100 devotees to offer obesiance to Baba Baidyanath which is among the 12 Jyotrilings dedicated to Lord Shiva in the country.

The doors of the temple had opened at 0405 hrs however after completing the rituals and 'Sarkari Puja' the common people were allowed to come inside from 0530 hrs. To ensure proper arrangements, DC Kameshwar Prasad Singh, SP Piyush Pandey, SDO Vishal Sagar, SDPO Vikas Chandra Srivastav were present inside the temple since the early morning.

The authorities allowed the darshan to continue till 0945 hrs much beyond the stipulated time as a result of which more than 500 devotees including priests paid their obesiance to Baba Baidyanath.

Deoghar DC Kameshwar Prasad Singh said that following the orders of the Supreme Court and after receiving directions from the state government, in a limited number devotees were allowed inside the temple. He said that no one is being allowed to touch the Shivling and in groups people are being made to get inside.

Deoghar SP Piyush Pandey said that the district administration had made arrangements for online darshan during the month but after receiving directions of the state government under the guidelines, limited people are being allowed to pay obesiance. He said, police was ensuring that people follow social distancing and wear masks and use sanitizers before getting inside the temple.

The SP said, more than 300 police jawans have been deployed on duty so that unnecessary crowds do not gather at entry or exit points of the temple.