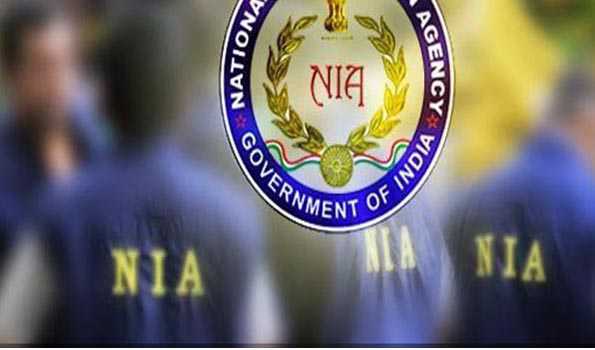 During the search of accused Hany Babu’s house, the National Investigation Agency seized one ‘Account Ledger, one Receipt Book of the Committee for the Defence and Release of Dr G N Saibaba, who was sentenced to life imprisonment for his links with CPI (Maoist), several documents as well as electronic items such as Hard Disk, USB Pen Drive.

Hany Babu MT has already been arrested by the NIA on July 27.

This case is related to Elgar Parishad event organized at Pune in Maharashtra on December 31, 2017 which promoted enmity between various caste groups and led to violence resulting in loss of life and property and state-wide agitation in Maharashtra.

The investigation revealed that the Elgar Parishad along with Maoist leaders used the incident to spread the ideology of Maoism or Naxalism and encourage unlawful activities on the instructions of the leaders of the proscribed organization CPI (Maoist).

Accused Hany Babu MT was found to be a co-conspirator along with other accused persons propagating Naxal activities and Maoist ideology, and was placed under arrest on July 27.

The probe agency investigation has revealed that accused Hany Babu was in contact with Paikhomba Meitei who is the Secretary Information and Publicity of Military Affairs, Kangkeipak Communist Party (MC), an organisation banned under Unlawful Activities (Prevention) Act.

“An interview of Ganapathy, General Secretary of CPI (Maoist) was shared by Paikhomba Meitei with the accused Hany Babu. Communications of Hany Babu with other Maoists of Manipur have also been retrieved”, the NIA said.

The investigation also revealed that after the release of CPI (Maoist) leader Pallath Govindankutty, Hany Babu MT, along with co accused Rona Wilson, took the initiative to help him financially by raising funds, the agency added.

Accused Hany Babu, along with other accused persons namely Rona Wilson, Anand Teltumbde, P Varavara Rao and Surendra Gadling formed a Committee for the release of GN Saibaba who was sentenced to life imprisonment for his links with CPI (Maoist), the NIA said, adding that further probe in this case has been continued.