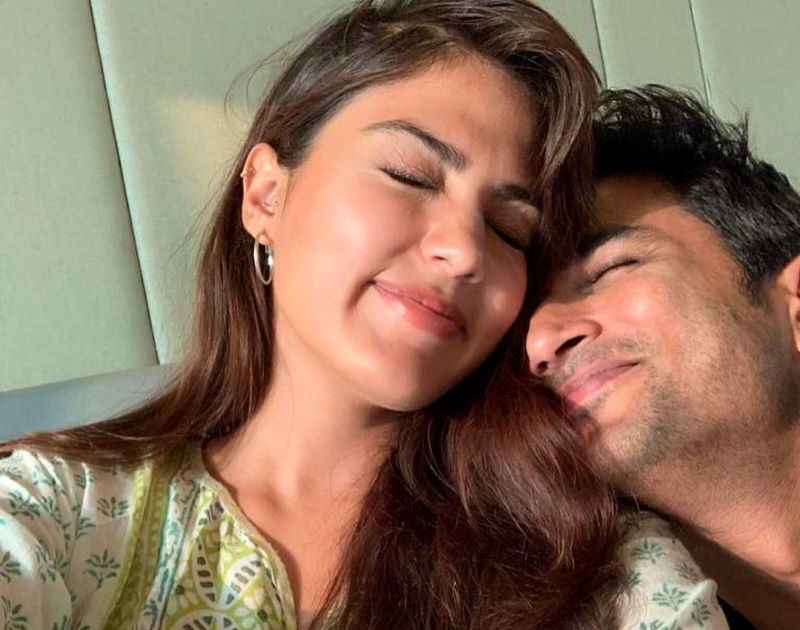 Mumbai/IBNS: The Bihar Police team, investigating the 'abetment to suicide' charges against Rhea Chakraborty and others in Sushant Singh Rajput death case, said they were unable to locate the actor's girlfriend, said media reports.

According to a UNI report, Sushant Singh Rajput's father KK Singh had filed an FIR at the Rajeev Nagar Police Station in Patna against Rhea Charaborty and six others for abetting the suicide of his son.

The police team reached Mumbai on Wednesday to probe the charges levelled by Singh in his son's suicide on June 14 last.

In the FIR, the late actor's father also alleged that Rhea had siphoned off Rs 14 crore from his son's account and other accounts of companies floated with his investments, the report said.

KK Singh also accused Rhea Chakraborty of torturing his son mentally and isolating him from his family members, it added.

After which, the Bihar government threw its weight behind Sushant's father and hired former Attorney General Mukul Rohtagi to contest against Rhea Chakraborty in Supreme Court, UNI reported.

Rhea Chakraborty had filed a petition in Supreme Court seeking transfer of the investigation into Sushant Singh Rajput's death from Patna to Mumbai based on an FIR, lodged by the late actor's father, for abetting the suicide of his son.

Bihar Director General Of Police Gupteshwar Pandey said the four-member police team from Bihar has not been able to trace the whereabouts of Rhea Chakraborty in Mumbai, said an NDTV report.

He said the investigation is in the initial stages and the Supreme Court is yet to give its verdict on Rhea Chakraborty's petition.

The top Bihar cop also rejected reports that the Mumbai Police was not cooperating with the Bihar police team.

He said Sushant's father KK Singh could demand a Central Bureau of Investigation (CBI) probe but the police were making the best efforts in unearthing the mystery shrouding the actor's death and were against a CBI probe.

The Enforcement Directorate (ED) also filed a money laundering case based on an FIR by Sushant's father.

After being named in the FIR and being accused of cheating and abandoning the later actor, Rhea Chakraborty broke her silence on Friday in a video message where she said: "truth shall prevail."

In the video, a white salwar-clad Rhea with her hands folded and her face tear-stained said: "I have immense faith in God and the judiciary. I believe that I will get justice. Even though a lot of horrible things are being said about me on the electronic media, I refrain from commenting on the advice of my lawyers as the matter is sub-judice."

She ended her message saying "Satyamev Jayate...the truth shall prevail."

After being named in an FIR by Sushant Singh Rajput's father and being accused of cheating and abandoning the later actor, actress Rhea Chakraborty broke her silence on Friday in a video message where she said: "truth shall prevail." #rheachakraborty #sushantsinghrajput #sushantsinghrajputdeath