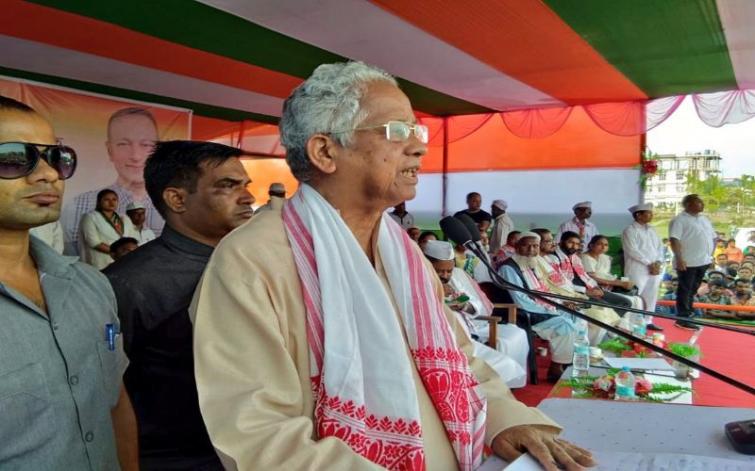 Guwahati/IBNS: Former Assam Chief Minister and senior Congress leader Tarun Gogoi said that BJP is making all sorts of conspiracy to destroy and murder the democracy of the country, while reacting to the ongoing political crisis in Rajasthan.

Gogoi said after Karnataka and Madhya Pradesh, the BJP is now trying to topple the Rajasthan government.

"Inspite of fact that, the Gehlot government is in majority and popular mandate, but the Governor of Rajasthan has become a tool in the conspiracy and he is doing as an agent of BJP. The BJP-led union government has used all sorts of power – money power, muscle power, they have used all coercive methods, CBI, ED also,” Tarun Gogoi said.

The former Assam Chief Minister further said the entire country is facing a greatest challenge as the BJP is trying to destroy democracy.

Taking on the judiciary, Gogoi said, "In many cases, many of the judges have given judgment to please the ruling party. In Assam, Rajan Gogoi was the Chief Justice and after retirement, he was nominated as a member of Rajya Sabha.

"Not only him, his (Justice Ranjan Gogoi) brother was also appointed as a member of North Eastern Council which is equivalent rank to minister of state. Judiciary is the last hope. But still I am quite confident that there are some judges and will be some judges who will definitely protect the interest of the country."

Gogoi said the Congress party has now come forward and taken the lead to save the democracy of the country.