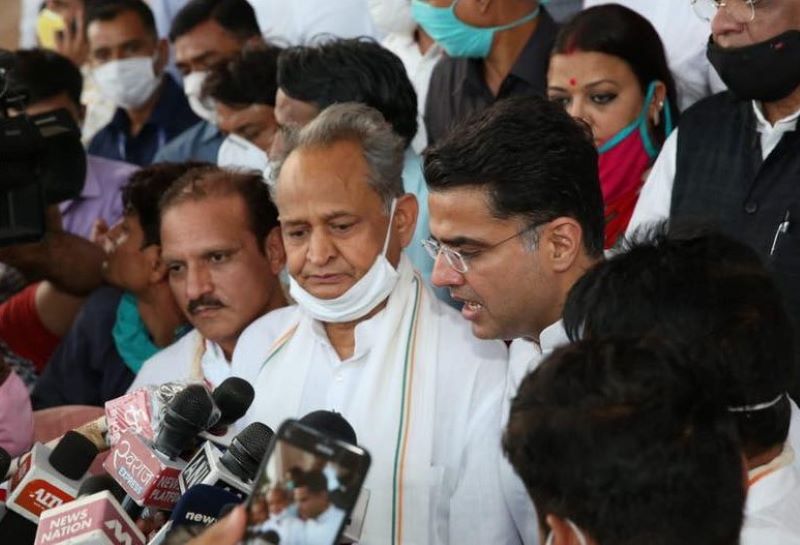 Will go to Rashtrapati Bhavan if needed: Ashok Gehlot to Congress MLAs over delay in Rajasthan floor test

Jaipur/IBNS: Rajasthan Chief Minister Ashok Gehlot on Saturday told his party MLAs he would even go to the Rashtrapati Bhavan to prevent the opponent Bharatiya Janata Party (BJP) from allegedly stalling the floor test in the assembly, as the Congress infighting has left the desert state in the middle of a political crisis.

Gehlot, who held a cabinet meeting on Saturday, prepared a fresh proposal to hold an assembly session in Rajasthan.

The Congress plunged into a political crisis, which is deepening with every passing day, a couple of weeks ago when rebel Congress MLA Sachin Pilot went to Delhi revolting against Gehlot, after being allegedly sidelined in his own party.

After being sacked as the Deputy CM and party's state unit chief for not attending the meetings of MLAs called by Gehlot, Pilot and his 18 loyalists were served disqualification notices by Speaker CP Joshi.

Challenging the notices, the 19 rebel MLAs moved the Rajasthan High Court which on Friday asked Joshi to maintain status quo, meaning the Speaker can't disqualify the rebellions for now, in a breather for the Pilot camp. 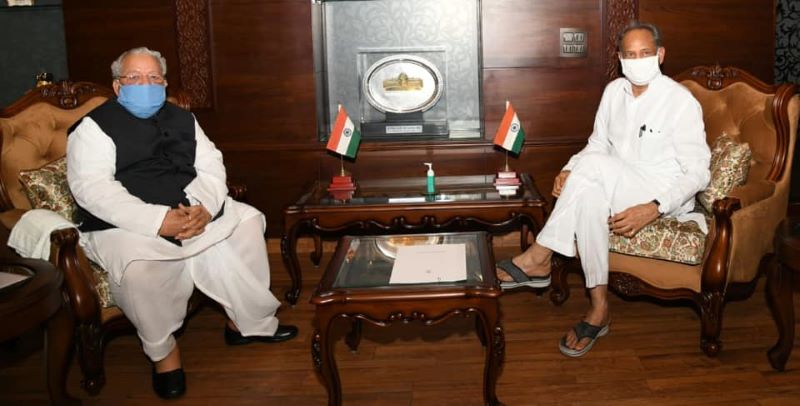 Meanwhile in a bid to stop the legal proceedings in the high court, the Speaker had moved the Supreme Court which has also provided a shield to the Pilot camp from getting disqualified till Monday.

After the twin setbacks in the courtroom battle, Gehlot, who still claims to have the support of the required number of MLAs, met Governor Mishra asking him to open the assembly for a floor test.

The BJP, which has maintained an apparent distance from the entire political drama going on for two weeks amid Covid-19 spread, said the state is heading for a "constitutional crisis" after meeting the Governor over Coronavirus on Saturday.

The Congress, which had appointed Gehlot over Pilot as the CM in 2018, downplayed infighting and instead traded charges on the BJP for allegedly using money power and investigation agencies to dethrone every elected government run not by the saffron party.

Even during the appointment of the CM in 2018, then Congress president Rahul Gandhi had to hold a marathon meeting with Gehlot and Pilot over the CM's post. 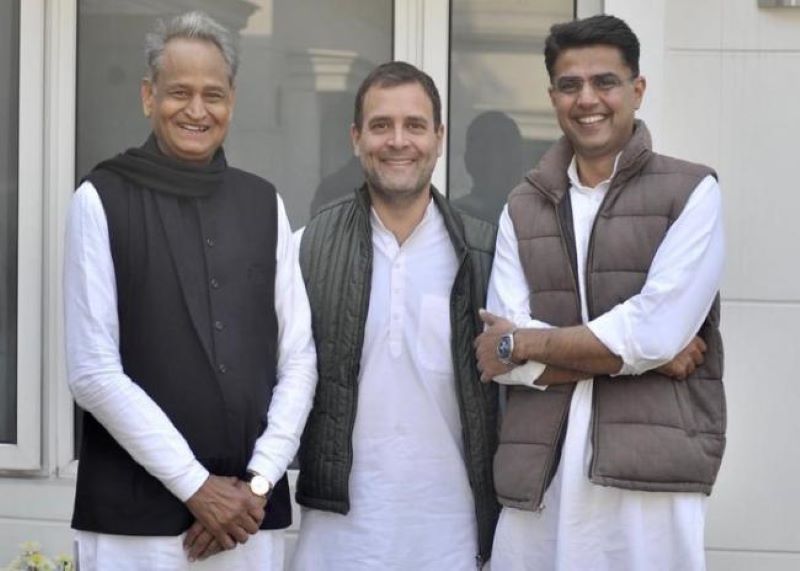 Reportedly after not budging to settle for any post other than the CM, Pilot had to be satisfied being Gehlot's deputy.

But it is also true the BJP, which was voted out of power in Madhya Pradesh and had failed to form a government in Karnataka, came back to governance with a year or little more after several Congress MLAs switched to the saffron camp.

The latest instance, which is still fresh in memory, occurred in Madhya Pradesh where the BJP captured power in March 2020 after the Congress had failed to keep its flock together with a heavyweight leader like Jyotiraditya Scindia joining the saffron brigade.