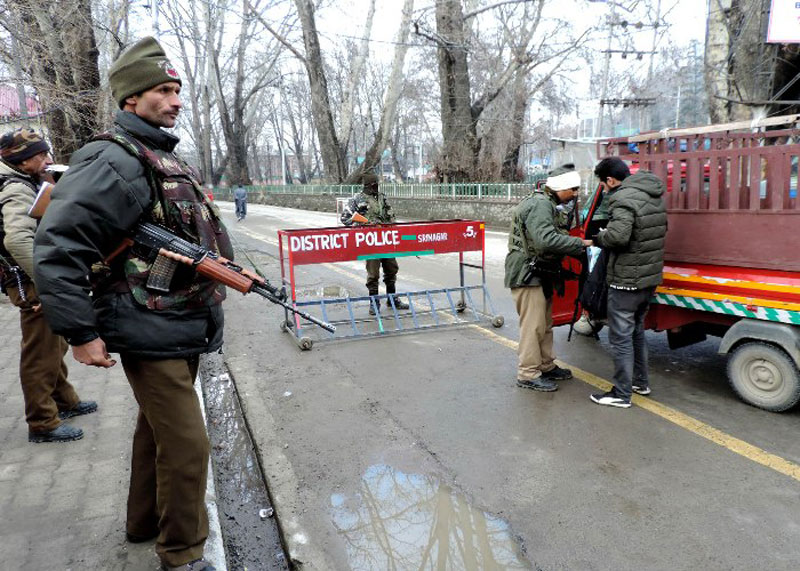 Srinagar/UNI: A militant was killed and a security force Jawan was injured in an encounter which ensued during a Cordon and Search Operation (CASO) in the outskirts of the Srinagar on Saturday, a police spokesman said.

He said on a tip off about the presence of militants at Ranbirgrah Panzinara in the city outskirts, troops of Rashtriya Rifles (RR), Special Operation Group (SOG) of Jammu and Kashmir police and CRPF launched a joint CASO early this morning.

However, when the security forces were moving towards a particular area in the cordoned off area, militants hiding there opened fire, they said adding fire was returned ensuing in an encounter.

He said an unidentified militant was killed and operation was going on when the reports last came in. A security force Jawan was also injured in the encounter.

Additional security forces have been deployed in the adjacent areas to maintain law and order.