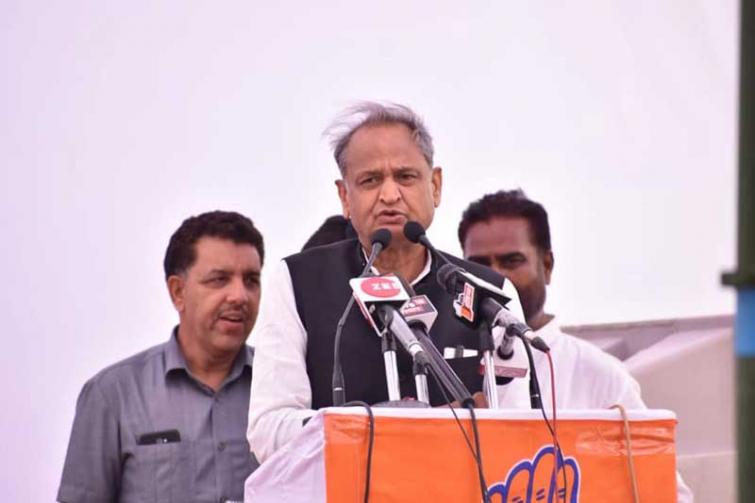 Jaipur/IBNS: Rajasthan Chief Minister Ashok Gehlot, who is facing a crisis from the rebel leaders in his state, wrote to Prime Minister Narendra Modi on Wednesday alleging attempts to bribe Congress MLAs to topple his government.

A rebellion by former Deputy Chief Minister Sachin Pilot, supported by his loyalists, have pushed the Congress-led Rajasthan government to the brink of collapse.

"For some time, attempts are being made to destabilise democratically elected governments. This is an insult to the mandate and open violation of constitutional values. Karnataka and Madhya Pradesh are examples of this," Gehlot wrote in the letter.

He has also accused Pilot of conspiring with the BJP leaders to dislodge his government in Rajasthan.

Meanwhile, Rajasthan Assembly Speaker CP Joshi earlier in the day moved the Supreme Court and requested it to intervene and stop the high court from delivering a verdict on the pleas filed by 19 rebel Congress MLAs against the disqualification notices served to them.

The Rajasthan High Court on Tuesday ruled no rebel Congress MLAs including Sachin Pilot can be disqualified till Jul 24.

The High Court will on Friday pass a verdict on the pleas filed by the Pilot camp against the disqualification notices.