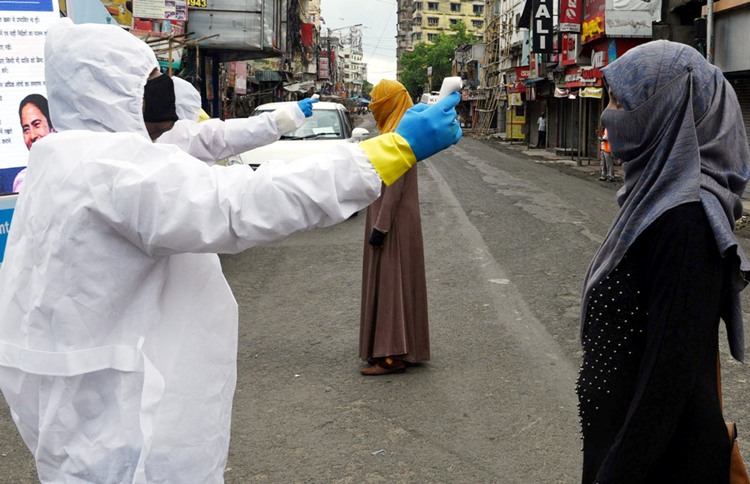 Spike in Covid-19 cases in West Bengal 'cause of concern': Centre

New Delhi/IBNS: The central government has expressed concern over the spike in Novel Coronavirus cases in the eastern state of West Bengal.

In a letter to the Health Department of West Bengal, joint secretary of the Ministry of Health and Family Welfare, Lav Agarwal, said, "Owing to the increasing number of cases observed in Kolkata, there is a need to develop a robust strategy to contain the spread of infection."

"...An increasing trend in case positivity rate in the last 3 weeks is also a cause of concern," he added.

Agarwal has also stated in the letter that West Bengal's testing rate is still low.

In a contrary statement, West Bengal chief secretary Rajiva Sinha said, "There is nothing to worry as the situation is still under control."

West Bengal on Saturday reported the biggest single-day spike in Novel Coronavirus cases as 2,198 people across the state were infected with the contagion in the last 24 hours.

West Bengal Chief Minister Mamata Banerjee earlier this week said people should not panic over the spike in cases as the state has decided to ramp up testing.