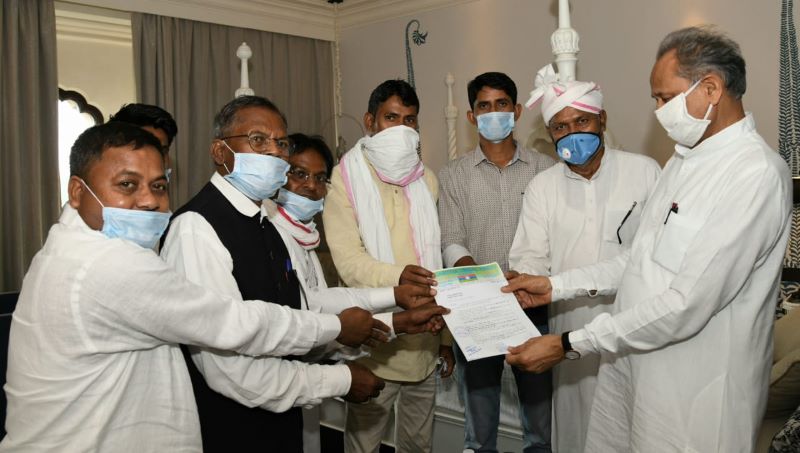 Gehlot took to Twitter to share a picture saying the two MLAs of Bharatiya Tribal Party (BTP) have supported his government.

The CM was seen receiving a letter of support from the two lawmakers in the picture.

The Congress government in Rajasthan plunged into a political crisis a week ago after then Deputy CM Sachin Pilot flew to Delhi revolting against Gehlot.

Meanwhile, 19 Congress MLAs including Pilot had moved the Rajasthan High Court against the disqualification notice served to them by Assembly Speaker CP Joshi.

However, the high court has put a stay on the disqualification notice till Tuesday.

Gehlot has claimed the support of 109 lawmakers including 107 from his own party.

The BJP, which has 75 of 200 assembly seats, has distanced itself from the political crisis in the desert state.

The majority mark in the assembly is 101.