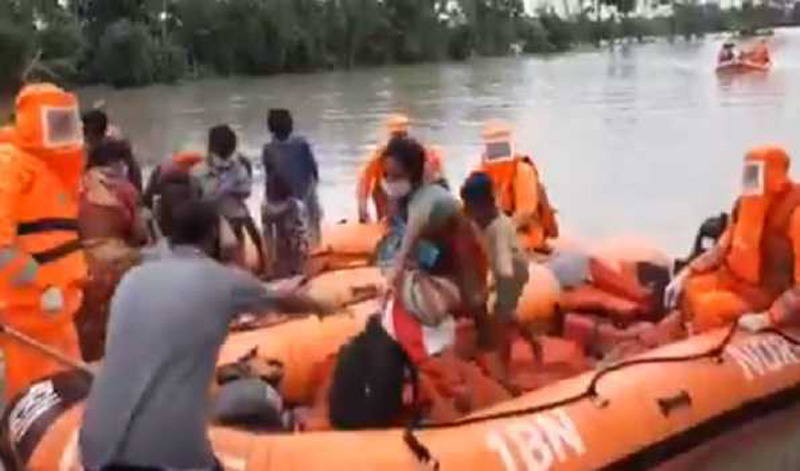 Guwahati/UNI: The flood situation in Assam continued to be grim as the death toll increased by two overnight to reach 73.

As per official sources, the number of affected population decreased marginally from over 39 lakh last evening to come down to 37 lakh this morning.

The number of affected districts declined by one and stood at 26, in which 92 revenue circles and 3201 villages and localities have been inundated.

Nearly 50,000 displaced people are taking shelter in 300 relief camps in different affected districts of the state.

Parts of Goalpara town have also been submerged by artificial floods, as per the sources.

As many as 181 people have been evacuated from different stranded locations by personnel of NDRF, SDRF and local administration.

NDRF are in pre-position in eight locations, and SDRF in 40 locations.