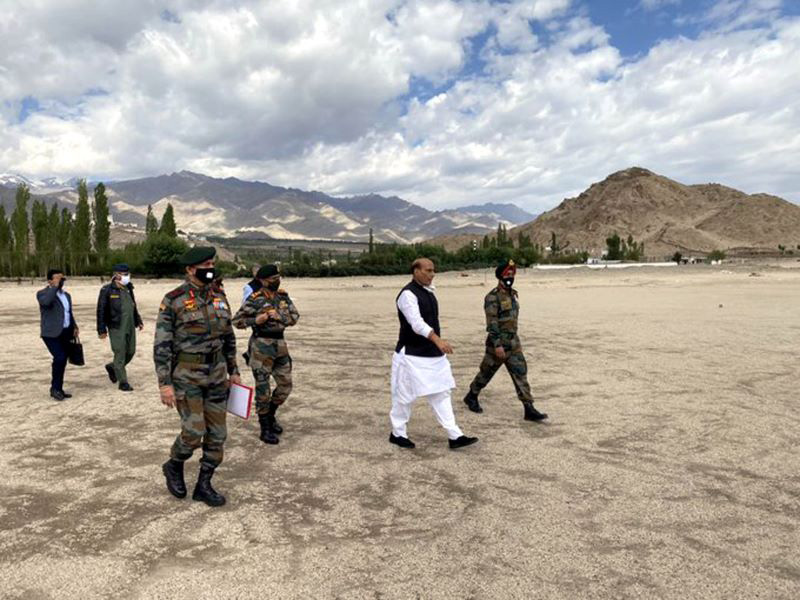 Leh/UNI: Defence Minister Rajnath Singh on Friday morning arrived here on a two-day visit to Union Territories (UTs) of Ladakh and Jammu and Kashmir to review security situation at Line of Actual Control (LAC) and Line of Control (LoC).

Accompanied by Chief of the Defence Staff (CDS) General Bipin Rawat and Chief of the Army Staff (COAS) General M N Naravane, Singh arrived at Leh airport from Delhi on a first visit to Ladakh after the standoff between the armies of India and China on the LAC began in May. 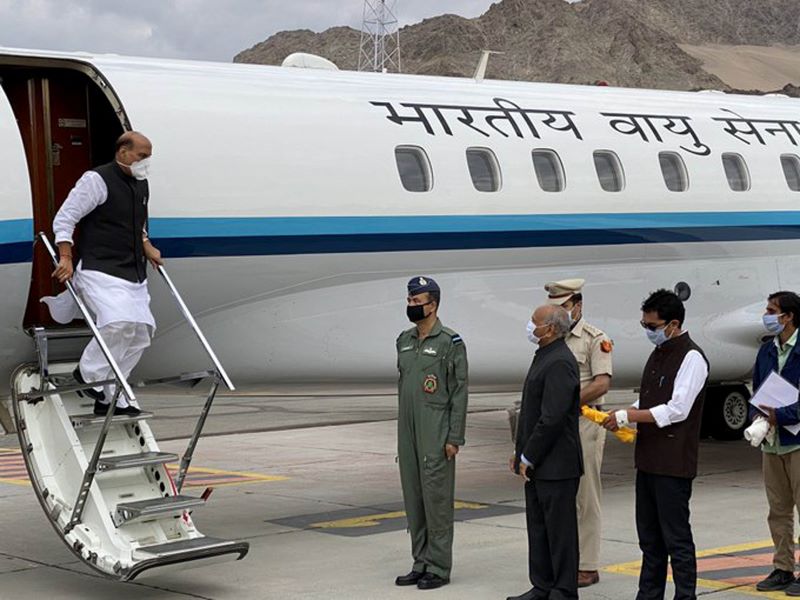 They said the visit came at a time when India and China moved to finalise a framework for a complete disengagement at friction points on their border.

The Defence Minister was scheduled to visit Ladakh on Jul 3.

However, Prime Minister Narendra Modi took everybody by surprise and visited Ladakh to signal the country's firmness in dealing with border row with China. He also addressed troops and met soldiers who were injured during scuffle with China troops at Galwan valley.

Indian and Chinese troops were locked in a bitter standoff at multiple locations in Eastern Ladakh for over eight weeks since May 5. However, the tension escalated manifold after the violent clashes in Galwan Valley in which 20 Indian Army personnel were killed. 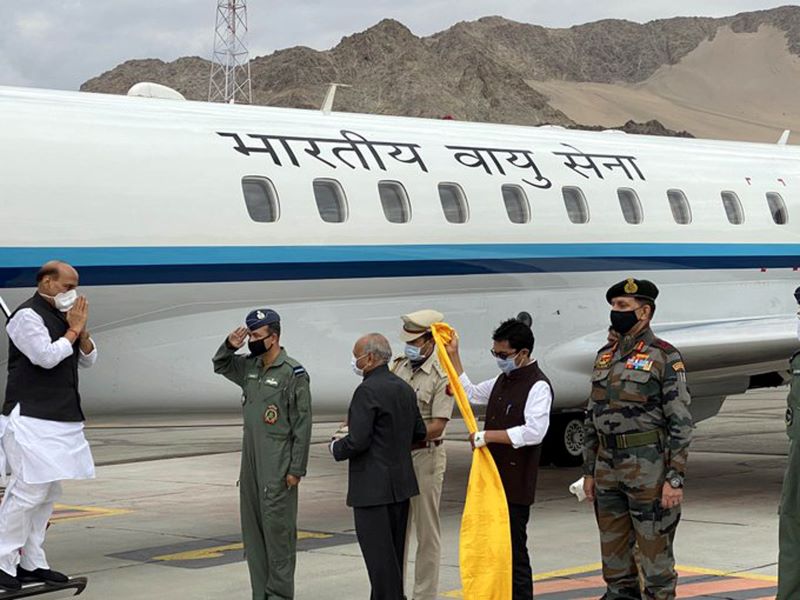 The situation improved following a series of diplomatic and military talks, the two sides began a mutual disengagement process on Jul 6 and withdrew troops from most of the friction points.

Sources said Singh will get a detailed brief about the present situation on the LAC and other security related matters from senior Army commanders. He will also review the security situation in the region with COAC Gen Naravane, Northern Army Commander Lt Gen Yogesh Kumar Joshi, Commander of the 14 Corps Lt Gen Harinder Singh and other senior Army officials.

Sources said Singh is scheduled to visit Srinagar to review the overall security situation on the LoC and in the UT.