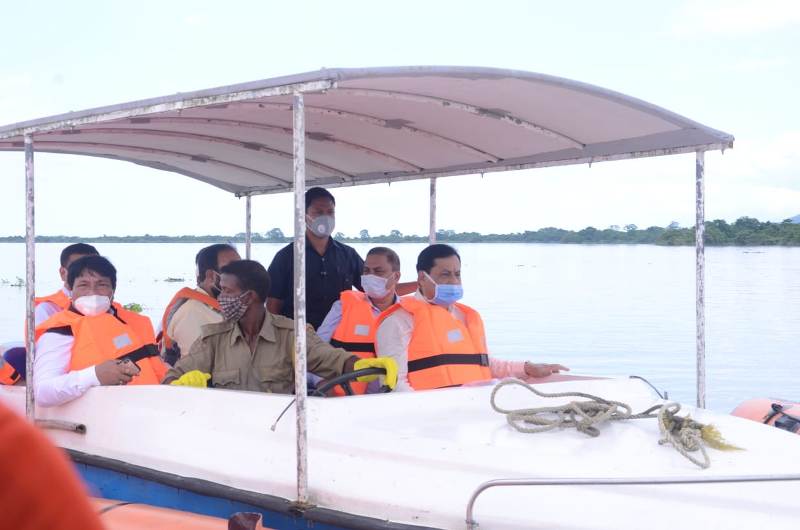 Guwahati/IBNS: Assam Chief Minister Sarbananda Sonowal on Thursday visited the submerged areas of Kaziranga National Park through a speed motorboat via Mora Difalu River under Bagori Range of the Park and took stock of the condition of the marooned animals and measures taken by the Park authority to ensure their protection.

During his one and half hour boat ride at the flood-hit areas of the Park, the Assam Chief Minister witnessed the animals that are taking shelter at the highlands constructed by the State government at the Park.

He also went to the flood-affected forest camps at Gorakati, Mora Difalu and Mur Phuloni and interacted with the forest guards who are carrying out strict surveillance of the Park braving all odds to ensure the protection of the marooned animals.

While interacting with media persons during the visit, the Assam Chief Minister said that the State Government built the highlands at Kaziranga National Park to ensure the protection of wildlife during the flood. 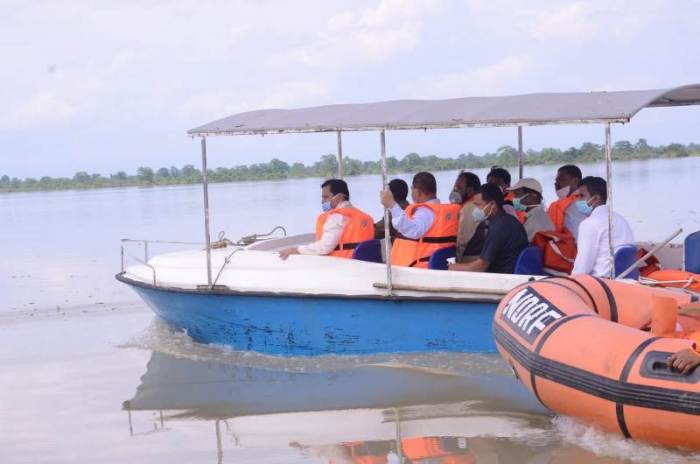 He said that the purpose of the highlands has been successful as large numbers of animals have taken shelter there to protect themselves from floodwater.

The Assam Chief Minister also thanked the people living in the adjoining areas of the national park for their help to the forest department in ensuring the protection of the animals.

He also lauded the role of the districts administration of Nagaon, Golaghat, Karbi Anglong, Sonitpur and Biswanath for their proactive measures for the protection of animals.

Further, in view of many animals crossing over to the hills of Karbi Anglong district during this flood, the Chief Minister directed the administration of the hilly district to take all necessary measures to ensure their protection and safe return to the park once flood water recedes. 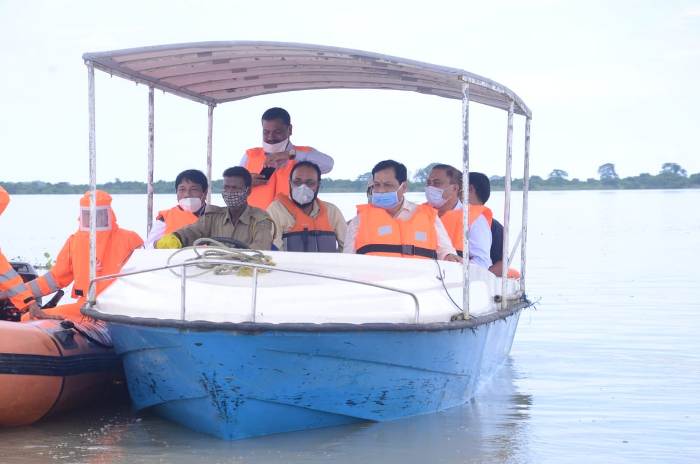 Moreover, the Assam Chief Minister said that the State has experienced the third wave of flood that has affected 28 districts destroying vast tract of agricultural land and damaging private and public properties. Besides, more than 80 lives were also lost during the flood so far this year, he said.

Sonowal said that the state is simultaneously fighting COVID-19 and flood and erosion and exuded confidence to win over the crisis with the cooperation of the people.

The Assam Chief Minister also said that the State Government has made all-out efforts to provide relief to the flood-affected families.

He said that social distancing norms have been followed at the flood relief camps and the inmates were provided masks. Besides, medical check-up of the inmates were also carried out and fodder has been provided to all flood-affected domestic animals. 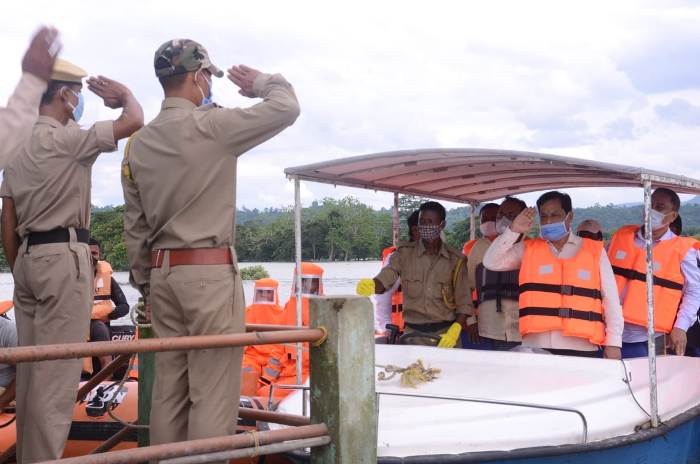 The Assam Chief Minister also handed over ex gratia cheques amounting to Rs 4 lakh each to the next of kin of Babu Kheria and Sarbeswar Doley under Bokakhat Sub-Division who died due to drowning during the flood.

Sonowal also visited the Centre for Wildlife Rehabilitation and Conservation (CWRC) at Barjuri near Kaziranga National Park and took stock of measures taken for animals and facilities available at the centre.