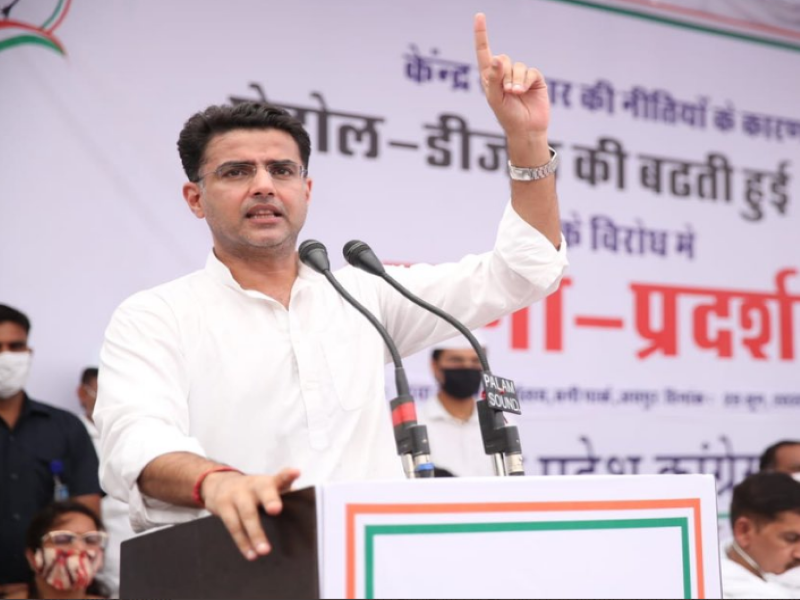 Rajasthan Crisis: After a one-line tweet response to his sacking, Sachin Pilot to hold press con at 10 am on Wednesday

Jaipur/IBNS: After a Congress Legislative Party meeting on Tuesday removed Sachin Pilot from all the posts he held in Rajasthan, he responded with a one-line tweet,  "The truth can be harassed but not defeated."

The 42-year-old thanked his supporters with another tweet soon after.

"My heartfelt thanks and gratitude to all those who have come out in my support today. Ram Ram Sa!" he wrote.

An NDTV report said he would hold a press conference on Wednesday, apparently to declare his future plans within or outside the Congress.

Even as Congress party continued to urge Pilot to respond to phone calls and messages, Chief Minister Ashok Gehlot blamed the Bharatiya Janata Party (BJP) of horse-trading his MLAs instead of acknowledging the rift and infighting within the Rajasthan unit of Congress.

According to reports, Sachin Pilot has at least 20 MLAs on his side - 17 Congress and three independent legislators.

One ally of Congress Bharatiya Tribal Party has also taken back its support from the Congress government, after which a viral video message surfaced in which its two MLAs were seen alleging that they were being detained by Rajasthan Police and not allowed to leave.

The MLAs said they went to the Chief Minister and informed him that it would not be possible for them to support the government by defying their party.

It was with some intervention that they were finally able to leave Jaipur at 2 pm, reports said.

Meanwhile, the BJP which has been maintaining a close eye on the Rajasthan political crisis sent a leader Om Mathur and held a first meeting in Jaipur on the developments, said an NDTV report.

The party will hold a key meeting at 11 am in Jaipur, which will be attended by former Chief Minister Vasundhara Raje Scindia, said reports.

Asked if BJP would demand a floor test, the state party chief said it was for Sachin Pilot to ask for one, NDTV reported.