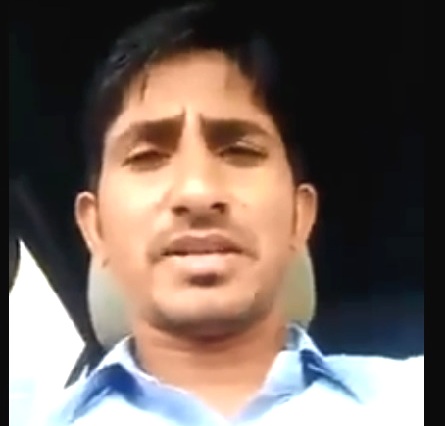 Jaipur/IBNS: Two MLAs of Bharatiya Tribal Party (BTP), who withdrew support from the Congress-led government in Rajasthan have alleged that they have been chased by the police, stopped and virtually held hostage as they tried to leave the state.

They made the allegation in a video message which went viral on social media on a day when the Congress party in Rajasthan sacked Sachin Pilot from the posts of cabinet minister, deputy chief minister and Pradesh Congress Committee president.

"The situation right now is almost like we are hostages. For three days we were in the MLA quarters (in Jaipur). Many said 'come with us, come with us'...Today, three-four police cars followed me when I went out to the constituency. They have surrounded me from both sides. They took my car keys and are not allowing me to leave my state. They have resorted to badtameezi (misbehaviour)," said Rajkumar Roat, BTP MLA from Chorasi.

#WATCH Rajkumar Roat, BTP (Bhartiya Tribal Party) MLA from Chorasi in a video, alleges police not letting him move, have taken his car keys and it's a hostage like situation. #Rajasthan pic.twitter.com/FBbBXCCQoy

Another video emerged where it was showed how Roat's car keys were taken away by the police.

"It is too hot. How long can we sit here? We can hardly run away, you can drive ahead of us, we will follow you," the MLA, who was in the car with his colleague, Ram Prasad, could be heard telling the policeman in the video.

The MLAs said they went to the Chief Minister and informed him that it would not be possible for them to support the government by defying their party.

It was with some intervention that they were finally able to leave Jaipur at 2 pm, reports said.

This comes on a day when the Congress in Rajasthan sacked Deputy Chief Minister and state unit chief Sachin Pilot from his positions after the rebel lawmaker skipped the meeting of party MLAs for the second time.

The two Cabinet ministers who have been sacked are--Vishvender Singh and Ramesh Meena. The party passed a resolution for their removal at Congress Legislative Party (CLP) meeting in the state capital after removing Sachin Pilot from his currently held positions in Rajasthan.

Gehlot on Monday accused the Bharatiya Janata Party (BJP) of horse-trading his MLAs after sacking his rebel deputy Sachin Pilot from the post.