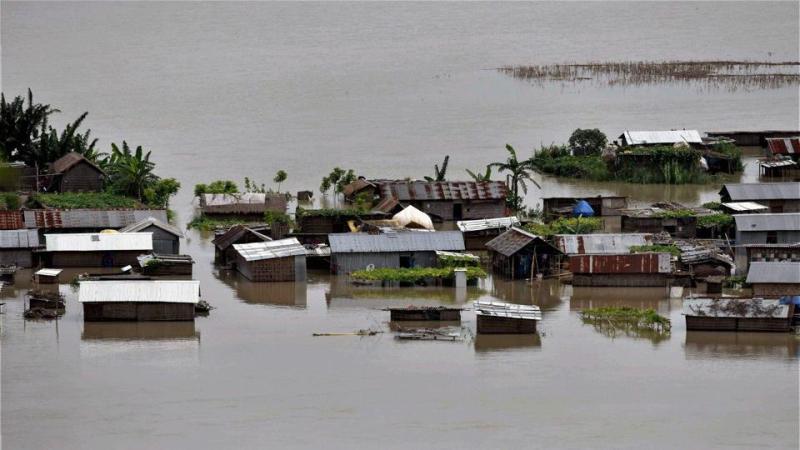 Guwahati/IBNS: The flood situation in Assam worsened on Tuesday with nine more people succumbing to the current wave of flood taking the death toll to 59.

According to the Assam State Disaster Management Authority (ASDMA), three people drowned in floodwaters in Dibrugarh district while two people each in Barpeta, Tinsukia district and one each in Biswanath and Golaghat district.

On the other hand, nearly 33 lakh people from 28 districts are affected in the deluge.

3371 villages in the flood-hit districts are currently underwater and the floodwaters submerged 1.28 lakh hectares of agricultural land.

44108 people have taken shelter at 517 relief camps set by the administration in 24 flood-hit districts.

The water levels of Brahmaputra river and other major rivers are flowing above danger level mark in many places of the state.

The water level of Brahmaputra river is flowing above the danger level at Neamatighat in Jorhat district, Tezpur in Sonitpur district, Guwahati, Goalpara, Dhubri district.

The NDRF, SDRF and district administration on Tuesday have rescued 7733 people in 12 flood-hit districts.